Does this press-your-luck, dice-based stock car game capture the thrill of racing? 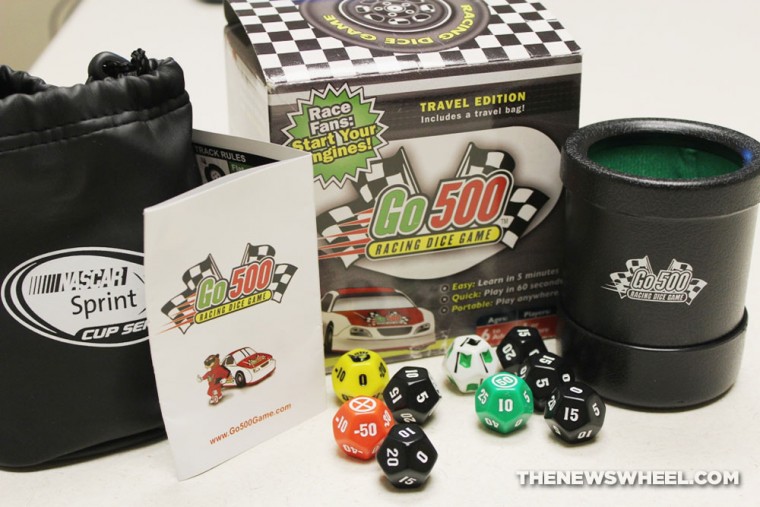 Some nights, you don’t feel like playing an intensive strategy game that requires plenty of thinking. Sometimes, you just want to pass the time with your friends by playing a simple dice-rolling game. It doesn’t require much effort to learn or teach, and the only real choice you have to make is to roll or not roll. Go500: The Racing Dice Game is that type of pass-the-time diversion.

For those who enjoy press-your-luck dice games like Farkle but wish it was an auto racing theme, Go500 is what you’ve been waiting for. It probably won’t become your favorite game, but its simplicity make it one you’re bring out whenever you have time to fill. 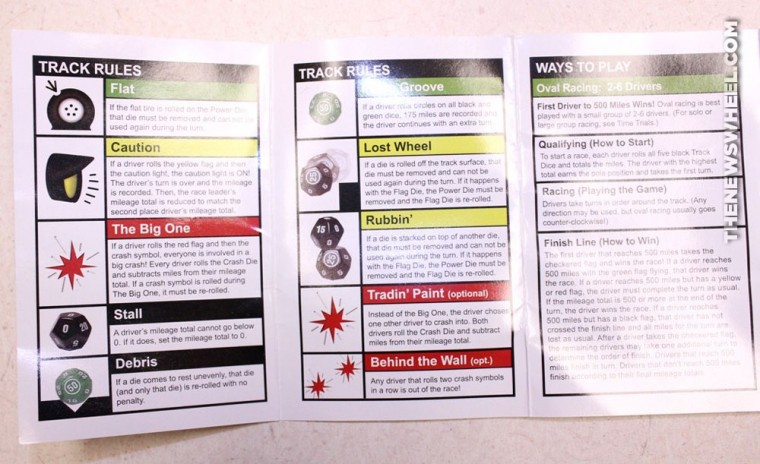 Experience the Thrill of Racing at Home: Read our review of a great NASCAR board game 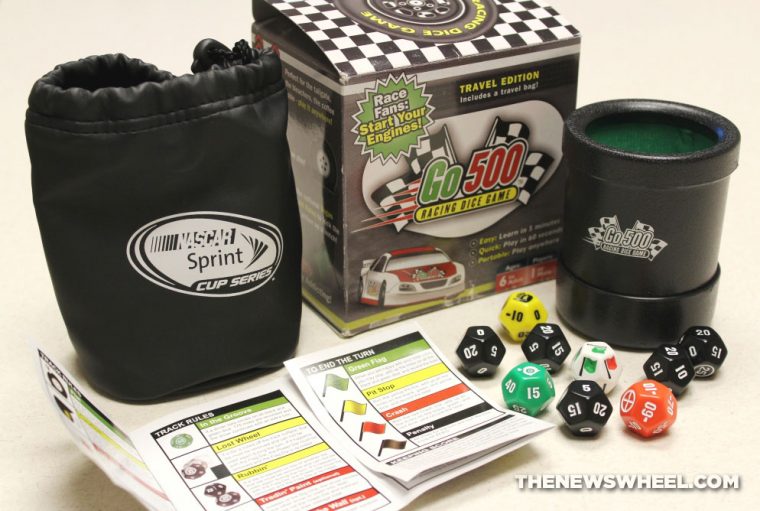 On a player’s turn, he/she rolls the black, flag, and green dice to accumulate miles based on the value of the dice rolled. Players may hold or re-roll dice until satisfied with their results–or if something bad is rolled (a black flag, a flat tire, a crash, etc). The red (crash) and yellow (pit stop) dice are used accordingly to subtract miles. The limit on each turn is 175 miles (based on the maximum amount on the dice)–unless you roll all circles and get an extra turn.

If you’d rather be taught the instructions visually, the manufacturer has created an… unusual instructional video featuring “Jimmy Fastcar.”

Go500 is priced a bit higher than most dice games you’ll find at a department store, but the quality of its components are worth the cost. The dice cup is durable and lined with a soft green felt that muffles the sound of the dice rattling around (something other dice games don’t have).

The leather travel bag, while well-constructed, is a bit unnecessary and hard to fit the cup inside. If the cup had a screw-on lid (like other dice games, which would be more practical), the bulky bag would be unnecessary. The box is pretty flimsy and, while it might look good on your game shelf, won’t hold up to much wear-and-tear. 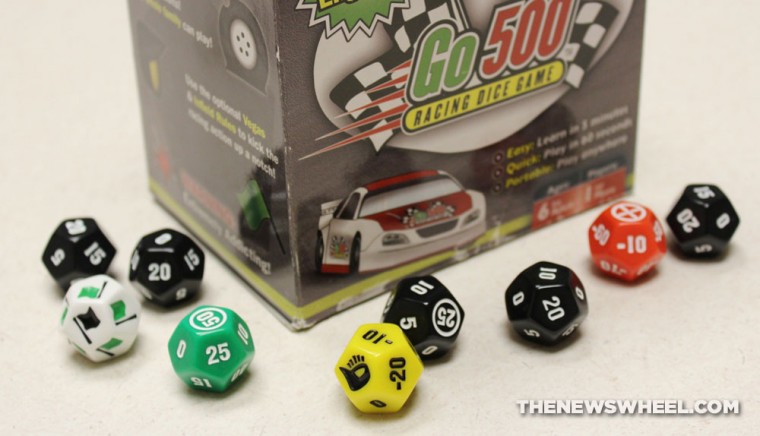 Go500 doesn’t take long to learn, especially if you’ve played other press-your-luck dice games. However, the use of certain dice only at certain times and the unique faces of the dice will have you consulting the instructions frequently until you memorize them all. Plus, the layout of the instructions pamphlet is hard to follow, jumping around to different aspects of the game rather than in sequence.

Still, as long as one person knows the game well enough to lead, it’s an easy activity for groups of people to play without being experts. As long as people know the basic idea of it–roll for points, watch out for bad dice icons, and stop when you want–anyone could get into Go500 after a couple turns.

It’s in the same series of games as GOLO (golf-themed), GoLong (football-themed), and GoHoops (basketball-themed). 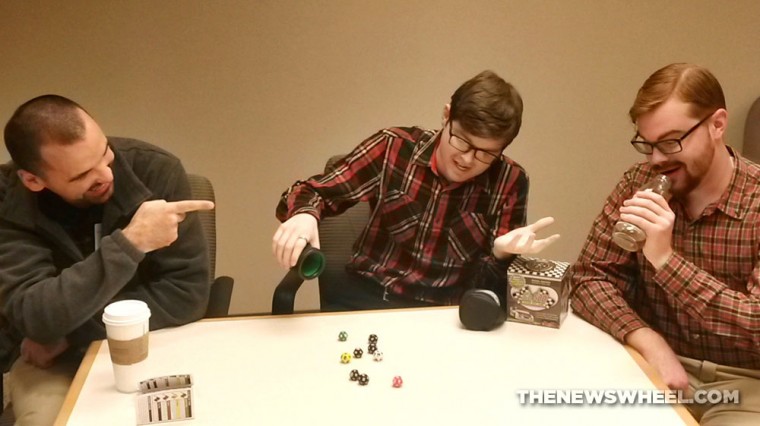 Go500 cleverly merges the feel of stock car racing with the mechanics of a dice game. Like a real race, most of the time is spent watching cars accumulate laps, waiting for a destructive crash to wreck their hard-earned progress.

The game doesn’t have the thrill of other press-your-luck dice games because the likelihood of messing up is far lower, as are the benefits and penalties. After playing multiple rounds, the penalty flags were only rolled a few amount of times, meaning the rest of the rolls were safe, uneventful point-accumulation. Thus, the aim of the game winds up being how fast or slow you can accumulate points rather than a go-for-broke attempt to gain a windfall of points while risking losing everything.

But just because it’s a “lighter” dice game doesn’t make Go500 unexciting. It’s especially fun that certain dice rolls can affect other players’ scores while they’re watching you roll. Plus, there’s the chance you might even be thrown out of the game completely. So when things do go wrong, they get ugly.

Overall, Go500: The Racing Dice Game is a basic dice game with a fitting theme and well-made custom components. It’s a great way to pass the time with your family and worth purchasing if you like these sort of filler activities.

Go500 is available in stores and online at Amazon, Game Board Geek, and the makers’s website.