The History of Mitsubishi at the Chicago Auto Show 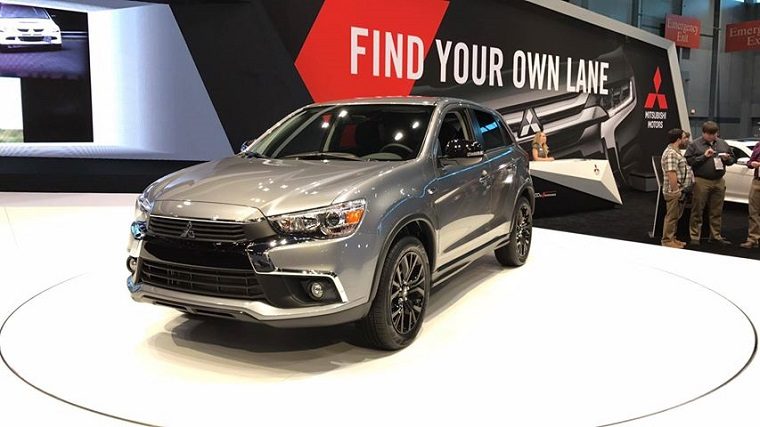 With attendance consistently exceeding the 1 million mark, the Chicago Auto Show is the biggest auto show in North America—but given Mitsubishi’s somewhat low-key presence on this side of the Pacific, it’s perhaps no surprise the Japanese automaker has only appeared seven times in the show’s 107-year history.

In this article, we’ll go over every Mitsubishi vehicle shown at the Chicago Auto Show and why they were important enough to merit one of these rare appearances. 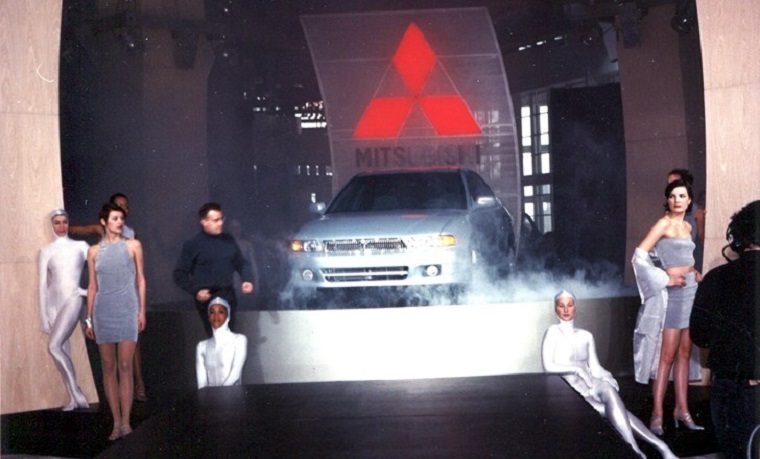 In 1981, a fallout between Mitsubishi and Chrysler—its then US import partner—caused the former to establish its own sales network and form Mitsubishi Motors North America (MMNA). By 1998, MMNA was beginning to set some major sales records and the Galant mid-size car—named after the French word for “chivalrous”—was at the core of its success alongside the Lancer.

Mitsubishi figured there was no better way to build upon that success then to introduce the new eighth-generation Galant at the biggest auto show in North America; thus 1998 marked the year the automaker made its first appearance in Chicago alongside the Volkswagen New Beetle and Ford Libre concept convertible.

Mitsubishi spared no expense: on that opening day of the 88th annual Chicago Auto Show, it featured an extravagant, specially-choreographed fashion show alongside an SST Targa research vehicle with “geo-mechanical styling.” 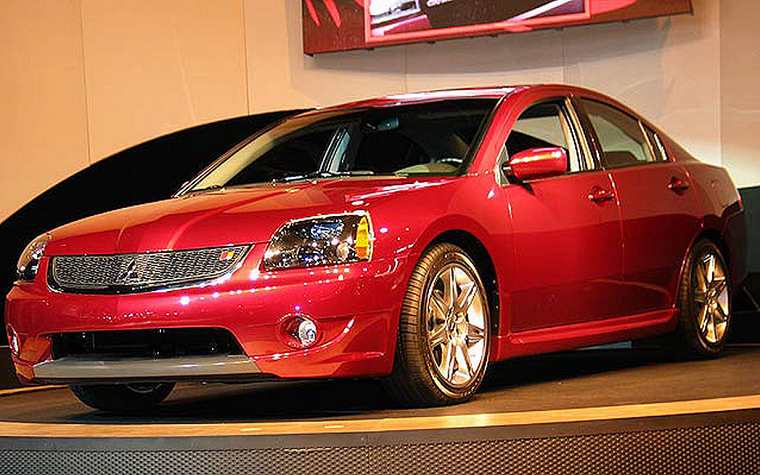 By 2006, the Galant wasn’t the powerhouse it used to be. Mitsubishi aimed to reinvigorate the badge by introducing a new Ralliart trim aimed at performance enthusiasts, which was powered by a 258-horsepower V6 engine and featured firmer suspension, a rear stabilizer bar, a front strut tower bar, and 18-inch alloy wheels. This alone merited an appearance at the 2006 Chicago Auto Show. 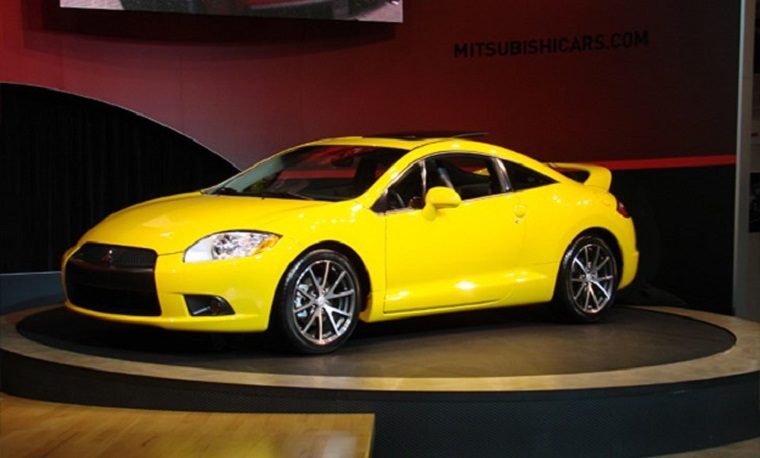 The 2009 version of the Galant, revealed at the 2008 Chicago Auto Show, marked Mitsubishi’s last attempt to make it appeal to the United States market. It was restyled to look newer, equipped with a standard Sportronic automatic transmission, and offered with a new four-cylinder Sport Edition that came with standard factory value packages. It wasn’t enough though, and by 2012 the Galant was discontinued.

2009 also saw the Mitsubishi Eclipse’s first and only appearance at a Chicago Auto Show. Like the Galant, this once-popular car was suffering and Mitsubishi tried to revive the nameplate by giving it a minor facelift (it could have used a major one instead) and upgrading the V6 engine. Again, as with the Galant, it wasn’t enough and the last Eclipse rolled off the assembly line in 2011. 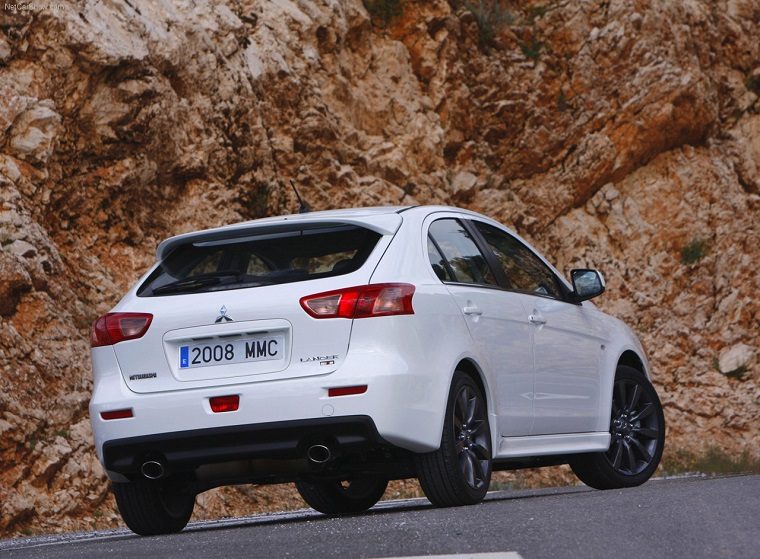 In the late 1990s and early 2000s, the Lancer Evo was the backbone of the Mitsubishi brand. The regular Lancer, on the other hand, struggled to find footing among customers. To generate more interest, Mitsubishi gave the Lancer Sportback—a five-door version of the car already available overseas—its North American debut at the 2009 Chicago Auto Show. It didn’t help the Lancer nameplate stay alive, however, and was dropped in 2014, just three years before the entire Lancer line would be discontinued. 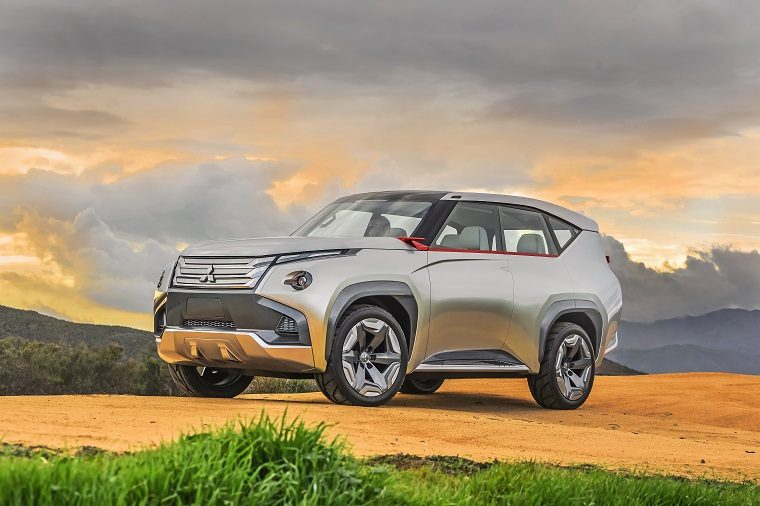 So far, the history of Mitsubishi at the Chicago Auto Show has been more notable for its depressing endings than its happy successes. The Mitsubishi Concept GC-PHEV unveiled at the 2015 show, on the other hand, would herald a new future for the Japanese automaker.

It was a futuristic-looking full-size crossover with a supercharged V6 and electric motor under the hood. Inside, it featured a multitude of connected car technologies inside, including a “Tactical Table.” It was launched to “provide a glimpse at the brand’s new design language applied to a large SUV.”

It is one of many crossover/SUV plug-in hybrid concepts that Mitsubishi has unveiled over the last few years across various auto shows around the world. Though sales were still struggling, it served as a hint of what Mitsubishi had in store for the future. 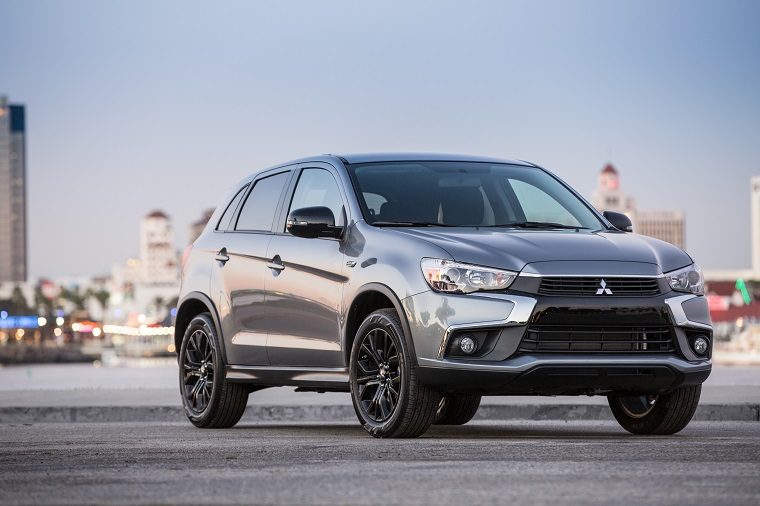 Much has happened for Mitsubishi between the 2017 Chicago Auto Show and the 2015 show, not least of all Nissan’s purchase of a majority stake in the company. After spending a long time revealing concepts rather than debuting new vehicles, Mitsubishi intends to finally launch several new nameplates throughout the next few years, starting with a new crossover at the Geneva Motor Show. The Chicago Auto Show took place too early in 2017 to reveal anything major but the automaker still showed up with a new Limited Edition of the Outlander Sport, a value-laden version of one of its best-selling vehicles.

The News Wheel is live tweeting, Instagramming, Facebooking, and more from the 2017 Chicago Auto Show. Follow The News Wheel on social media to stay up-to-date on all things CAS 2017