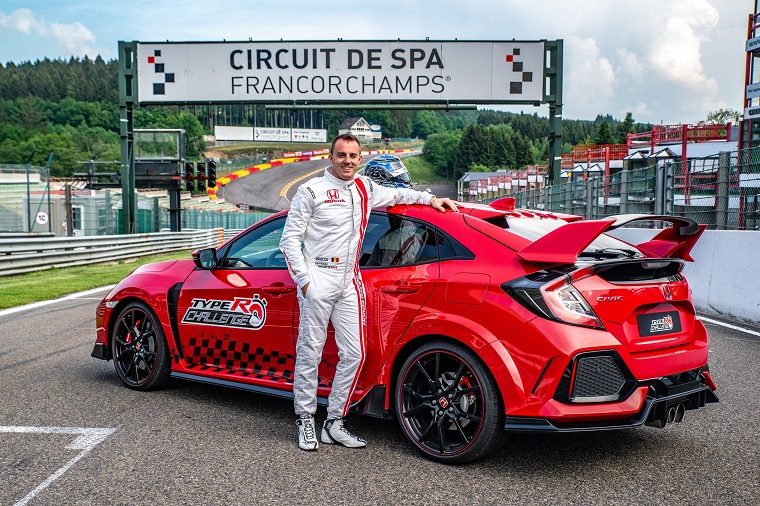 Just over a month ago, Honda announced its intent to break the front-wheel-drive (FWD) production record at several of the greatest European circuits with the Civic Type R.

It already set the Nürburgring Nordschleife record in 2017 and started the 2018 run with France’s former F1 circuit in Magny-Cours. Now it has set a new record at what is arguably the second greatest circuit in the world after the Nordschleife: Spa-Francorchamps.

With a lap time clocked at 2 minutes and 53.72 seconds, the Honda Civic Type R went around the famous Belgian circuit — home of the renowned Eau-Rouge corner — faster than any FWD production car before it.

That being said, we wonder why Honda even bothered to head to Spa in the first place. The old record time of 2 minutes and 56.91 seconds was set in 2016 by none other than the previous Type R. We suppose it shows customers that they’re actually getting their money’s worth when they buy the newest model.

Behind the wheel of the Honda Civic Type R was Bertrand Baguette, a Belgian racing driver and former world champion in the WEC’s LMP2 class. He currently races a Honda NSX-GT with Nakajima Racing in the Super GT series.

“With a front-wheel drive usually you always expect understeer, but this car is so balanced. Straight away you get a lot of confidence as it gives you a lot of feedback through the steering wheel, especially in +R mode,” Baguette said.

“For me as a race car driver, it’s clear that Type R is born for the track, but it also feels just as right on the streets in everyday driving. When I sit in the car, it is very comfortable and the visibility all round is very good.”