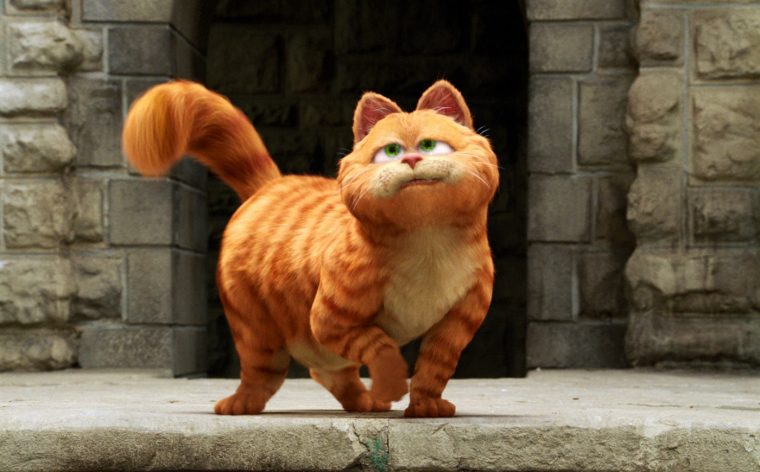 For most of us, our pets are family members. They shower us with unconditional love and bring out the best aspects of ourselves. They’re especially important around the holidays, which is why pets often ride in the car with us during these weeks. But for one family in California, holiday travels took a scary turn.

Nathan Schwab and his wife Michelle Fanucci’s day was going terribly when they were in a car accident on the freeway. After visiting family in San Diego, their car was clipped by a vehicle that began spinning out of control, causing their car to roll through seven highway lanes.

The day got even worse when their cat–a fluffy orange Persian fittingly named Garfield–who was in the car with them during the accident, escaped from the wreckage through a window and was nowhere to be found.

For six days, the couple tried to locate their cat which had vanished from the scene. But, when they needed feline love and comfort the most, Garfield was on the run (what a typical cat…).

Then, the Santa Monica couple received a call from the Hyundai Motor America office headquarters in Fountain Valley. Employees and security guards had tracked down and captured Garfield after organizing a search-and-rescue mission to find the orange feline (who had been spotted on the 17-acre property).

Employees put out food and water for the cat after spotting it in bushes and under cars. “We had our maintenance workers cut back bushes so we could see better,” said Hyundai spokesman Jim Trainor.

Once reunited with his owners, the orange Persian wouldn’t stop purring. “Garfield is just a friendly, mellow cat–a purr box,” Schwab said. “We are so relieved he is back with us.”