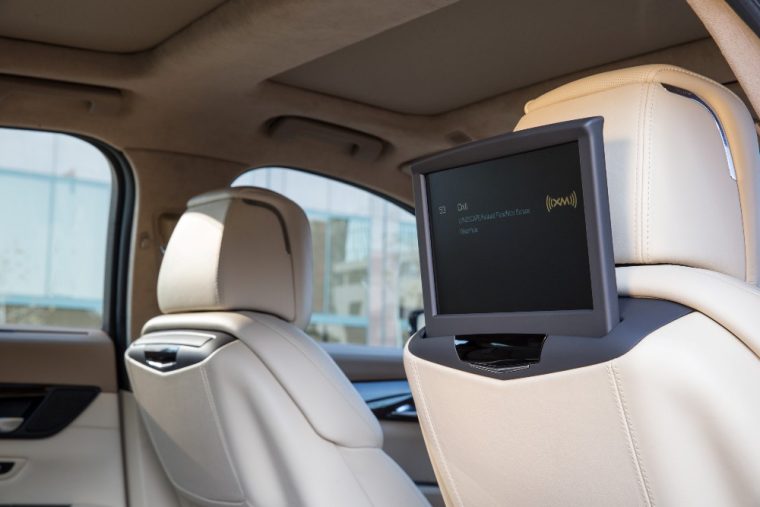 The all-new 2016 Cadillac CT6 just officially launched back in March, but Cadillac’s new luxury sedan has already been praised by Consumer Reports for its ride quality and has also received multiple awards for its innovative technology. However, far less attention has been paid to the CT6’s entertainment features such as its available rear seat infotainment system.

Standard on the Platinum trim and available with the Rear Seat package on the Premium and Luxury models, the CT6’s rear seat infotainment system provides USB and HDMI ports to go along with the sedan’s built-in 4G LTE Wi-Fi hotspot, which is a standard feature on all 2016 Cadillac models and provides connectivity for a maximum of seven devices. 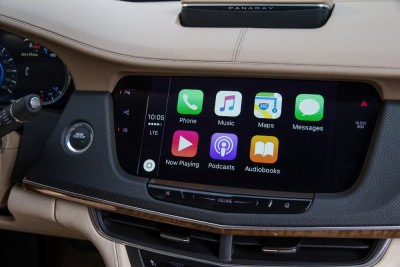 In addition, two articulating 10-inch-diagonal HD screens are located on the back of both front seats. These screens can be used in conjunction with the USB and HDMI ports in order to use technology like Apple TV, Google Chromecast, and Amazon Fire TV Stick. This allows users to directly stream popular internet content such as YouTube, Netflix, and Hulu. Furthermore, these screens can tilt to make viewing simpler and even retract back inside the seats if they are not needed.

Passengers who will be riding in the front seats of the Cadillac CT6 also get their own 10.2-inch CUE screen that’s compatible with both Apple CarPlay and Android Auto. When the sedan is in park, passengers can play Blu-ray DVDs or view other types of media that’s stored on their USBs. Additionally, CT6 drivers or passengers can use the CUE infotainment system to access navigation technology or send text messages via voice commands.

According to a Cadillac press release, its built-in 4G LTE is 10 times faster than 3G and is currently the fastest mobile data network.