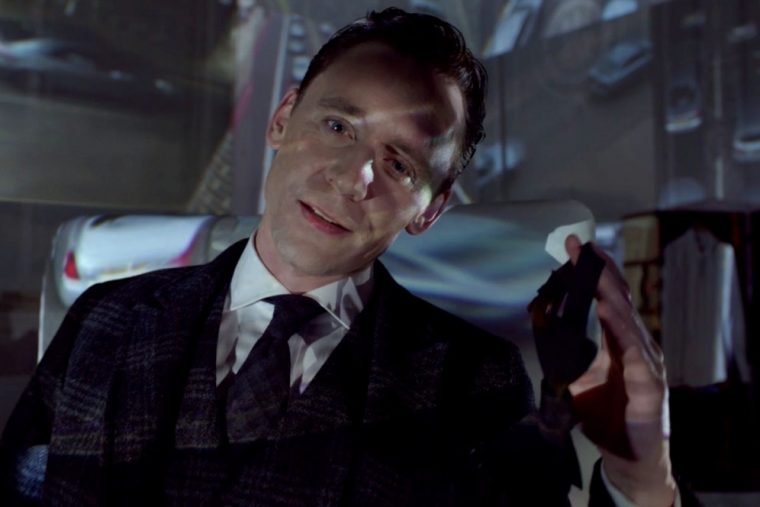 If you were on the internet yesterday, you probably saw social media having a bit of a fangirl-style meltdown. It happens on a fairly regular basis, especially if anything of note happens to Justin Bieber or a member of One Direction. This week’s crisis-that-really-isn’t focuses on America’s pop princess (and sweetheart) Taylor Swift, who was caught in Rhode Island cuddling and kissing Tom Hiddleson. Mr. Hiddleston is most famous for his roles as Loki in the Marvel Cinematic Universe and Jonathan Pine in the Night Manager miniseries on AMC. He is also reportedly in the running to be the next James Bond.

Me right now looking at the pictures of Taylor and Tom pic.twitter.com/yDcej5wbew

From People to Buzzfeed to the Today Show, everyone has an opinion about this possibly budding romance. One brand that’s throwing its hat in the ring is luxury carmaker Jaguar. Tom Hiddleston has been with Jaguar since early 2014, when he starred with other British acting legends in a Super Bowl spot that highlighted how awesome British villains are. In the tweet, Jaguar suggests to Mr. Hiddleston that a good gift for Taylor Swift would be a red F-Type, after the title of her 2012 album.

For the record, good for them! I wish them well, and I hope they have started running together as exercise for practice avoiding the paparazzi, both of their angry fangirl hoards, and sad Calvin Harris. You can’t help but feel sorry for them and all the sneaking around they’ll have to do to try to maintain any semblance of privacy.

As an editor for The News Wheel, I’m really more interested in when we can expect a new Tom Hiddleston Jaguar commercial. His latest, focusing on the Jaguar XE and costarring Nicholas Hoult and an actual jaguar, hit US airwaves in May to coincide with The Night Manager airing in the United States.

Hiddleston himself took a break from tweeting about UNICEF and his recent work to make a tweet about Jaguar on June first. Could that mean that a new commercial is in the works?

While we wait and see what happens, check out Tom Hiddleson in his Jaguar commercial “The Art of Villainy,” which was actually banned in the United Kingdom for “encouraging irresponsible driving.”