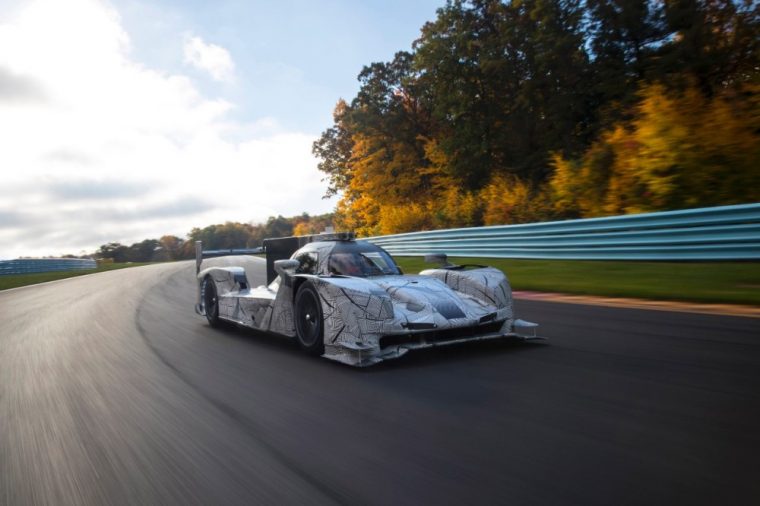 The Rolex 24 at Daytona will be the first time the Cadillac DPi-V.R races competitively
Photo: © General Motors

Racing fans have been eagerly awaiting the Rolex 24 at Daytona ever since Cadillac unveiled its new DPi-V.R racecar back in November. Now, with the event only one day away, Cadillac Racing appears confident heading into the challenging endurance race.

“The Rolex 24 hour is like no other race. Nonstop pushing by all the drivers and all the crew for 24 hours straight,” said Eric Curran, driver of the No. 31 Whelen Cadillac. “It’s very challenging to get up at 3am and jump in the racecar after little to no sleep. So between the lack of rest, knowing when to eat and staying focused it’s the hardest race you can do mentally.”

Action Express (AXR) and Wayne Taylor Racing (WTR) will both be competing in this year’s event. Driving the No. 10 Wayne Taylor Racing Cadillac are Jordan Taylor, Max Angelelli, and Ricky Taylor, as well as four-time NASCAR champion Jeff Gordon. Mr. Gordon retired from the NASCAR Cup Series following the 2015 season, but he filled in for the injured Dale Earnhardt Jr. for eight races this past season. Gordon also competed in the Rolex 24 at Daytona back in 2017. That year his team finished third overall.

The Cadillac DPi-V.R competing in this year’s event has a curb weight of only 2,050 pounds and is powered by a naturally-aspirated V8 engine good for 600 horsepower. When WTR tested the racecar last month, it nearly broke the 200 mph barrier as it was clocked going as fast as 199.5 mph.

“The Cadillac DPi-V.R was the first DPi car to hit the track last September and has more miles than anyone else,” said Jordan Taylor, driver of the No. 10 Konica Minolta/Cadillac DPi-V.R. “Everyone involved has done their homework and put all their resources behind this project, so I feel like we will not only have a reliable car, but a competitive one as well.”

The Rolex 24 at Daytona begins on Jan. 28 at 2:30pm. Fans can watch the beginning of the race on Fox, but coverage jumps to FS2 starting at 5pm. The race can be seen the following day on FS1 beginning at 12:30pm.

The Rolex 24 at Daytona is the first race of the 2017 IMSA WeatherTech SportsCar Championship series.