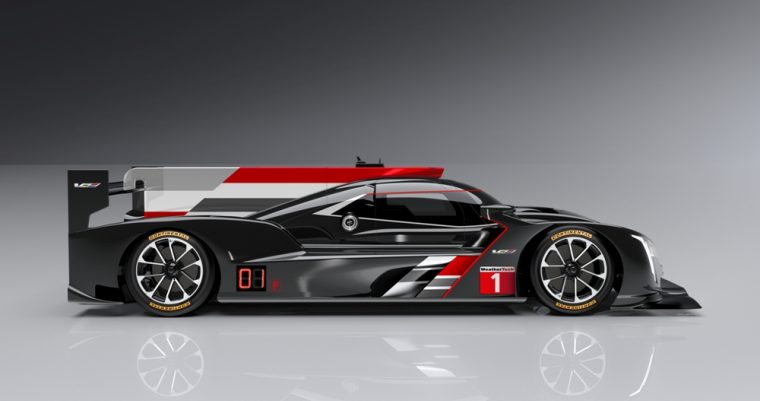 Gordon complemented the Cadillac’s brakes, but admitted he could be more aggressive
Photo: © General Motors

Ever since Cadillac announced it was returning to the IMSA WeatherTech SportsCar Championship, racing fans have been waiting for the new Cadillac DPi-V.R racecar to make its debut at Daytona.

That recently happened when Wayne Taylor Racing (WTR) and Action Express Racing (AXR) visited the track on December 13-14 for two days of rigorous testing. The WTR team nearly broke the 200 mph barrier, as its car was clocked going 199.5 mph during the tests.

Driving the new Cadillac DPi-V.R for WTR is none other than four-time NASCAR Cup Series Champion Jeff Gordon, as well as series regulars Ricky Taylor, Max Angelelli, and Jordan Taylor. The four drivers will co-pilot the racecar for the 55th annual Rolex 24 at Daytona.

“The Cadillac is an amazing piece of machinery,” Gordon said. “This car compares to the F1 car that I drove at Indy a few years ago.

“When I ran the race in 2007 I was along for the ride and we finished third on the podium,” Gordon added. “When you are here on race day for the hype and what goes on over 24 hours in the race is what makes this race so thrilling.”

It should be noted the Cadillac Racing teams weren’t able to take full advantage of the testing sessions because three of its cars experienced electrical issues, which the teams eventually overcame. However, the Action Express DPi-V.R piloted by Eric Curran did record the quickest lap of any car during practice with a time of 1:37.797.