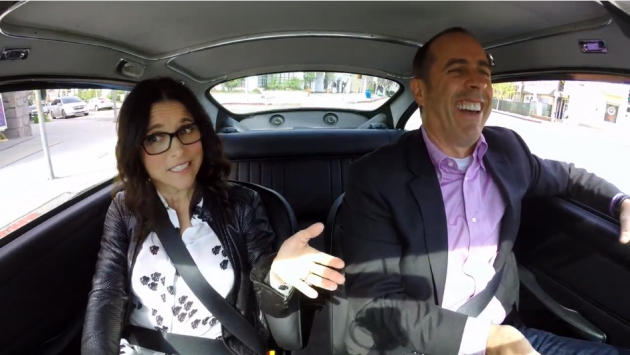 There are a lot of highlights to come in this sixth season, including interviews with the likes of Jim Carrey, Steve Harvey, and a heavily bearded Stephen Colbert (in a Morgan!)

But the recently released first episode of the season reunites Jerry with his old Seinfeld co-star, Julia Louis-Dreyfus, and you can watch the whole thing on Crackle.

Jerry picks Julia up in a silver 1964 Aston Martin DB5 with an all-aluminum 280 horsepower straight-six engine, a car most famous for being driven by Sean Connery in the classic James Bond film Goldfinger. 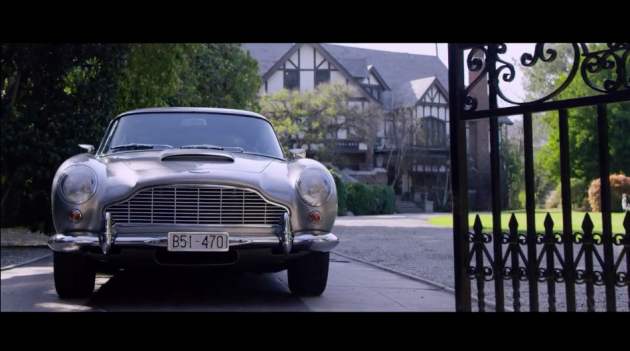 “You are the James Bond of comedy,” Jerry explains to Louis-Dreyfus. “Because whatever the mission, whatever the situation, you come in and kill it.”

Upon seeing the vintage Aston Martin, Julia’s neighbor shouts, “Hey Jerry, I’ll trade ya,” to which Seinfeld groans, “I get so tired of hearing that.”

Ah yes, it must be quite a burden to have people constantly joking about your incredible car collection.

The episode is a blast, and not just because we get several glamour shots of the gorgeous DB5. It’s nice to see Jerry and Julia reuniting after all of these years, and it’s sweet to see them reminisce and crack each other up like old friends.