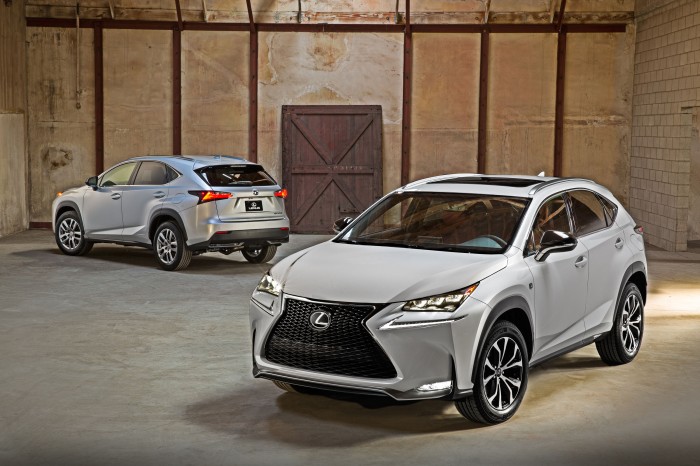 According to reports, 2015 is shaping up to be a tight race between luxury carmakers in the United States. With so many great options available and cutting edge technology, Lexus is currently in the lead with the most registrations in the US luxury vehicle registrations through April.

To get an idea of how tight the race is, Lexus has 106,549 registrations, followed by BMW with 103,581 registrations, then 103,393 for Mercedes-Benz, according to IHS Automotive. It takes about 40 days for IHS analysts to compile registration data, so we should soon see how each manufacturer fared in May.

“We’ve been seeing a gradual return by Lexus since 2011,” according to Tom Libby, an IHS analyst, in a recent interview. “But now they’re out with NX in the hottest segment in the luxury market. That has really put them right back in the mix.”

Related:Dare to Compare The 2015 Lexus LX 570 To The Competition

The 2015 Lexus NX is an all-new model this year, and the compact crossover has been impressing automotive critics since it was announced last year. Lexus has positioning this vehicle as a style leader, even enlisting the help of will.i.am to design one of his very own for Paris Fashion Week.

Related: Should You Buy or Lease Your Next Lexus?

Stay tuned to The News Wheel to see who wins the luxury race as the year rolls on!