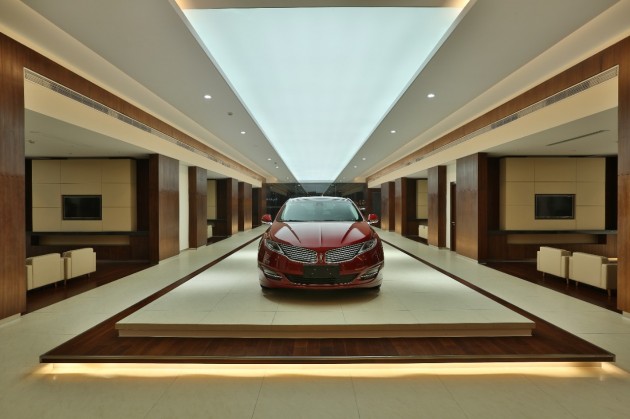 Lincoln recently opened a bunch of dealerships in China, touting something it calls The Lincoln Way. The Lincoln Way is a customer-oriented experience that uses a home-like atmosphere and a number of specially-trained professionals. It could be presumed that the famed new car smell was a part of that experience…at least until Chinese customers told the brand to put the kibosh on it.

More from Lincoln: What’s Next for Lincoln’s Rebirth? Lincoln Launches in China

Detroit News reports that Lincoln shoppers in China are requesting that the luxury vehicles lose the scent of fresh plastic, glue, and leather that mingles together into the sumptuous miasma that we know as the new car smell. Lincoln has opted to oblige by putting a small canister filled with carbon sheets in the cabin as they leave port for China. Once they arrive, they will be cured of the smell and for consumption.

“They don’t like it,” says Kumar Galhotra, Lincoln’s president. “We’ve gone through a very thorough process of understanding the materials that contribute to that smell.”

Apart from the distaste for the new car smell, Lincoln says that the hands-on approach has helped endear itself to an entirely new market. By adapting to customer demands, Lincoln stands a good shot at growing its numbers to such a degree that they do in fact triple global sales by 2020.

“If you look at the facts, today the luxury segment is the largest in China, so that gives you a good indication,” said Ford CEO Mark Fields. “The Lincoln brand is held in high regard (in China) and when you add to that a very thoughtful approach on how we’re developing our distribution network…we see growth.”

You know what else might cover up that new car smell pretty nicely? Essence of Lincoln.

More from Lincoln: Lincoln and Google’s In-Car App Brings Technology to Your Fingertips