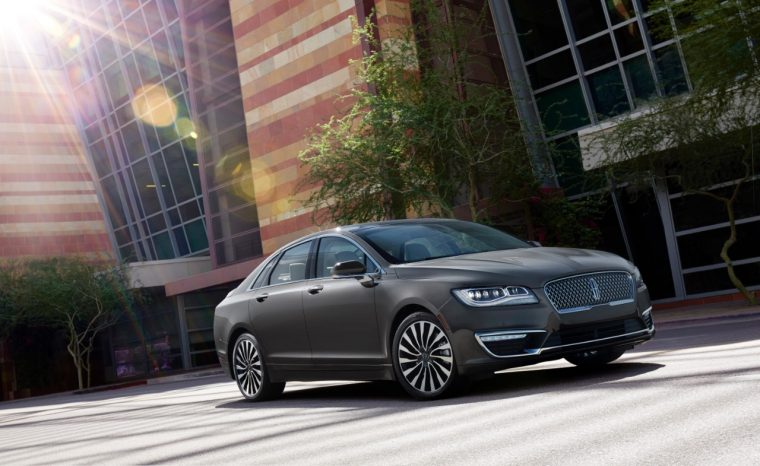 The Lincoln Motor Company has secured the highest loyalty rate in its segment among new luxury-vehicle drivers for the first quarter of 2017, according to IHS Markit Loyalty data. IHS determines the idea of band loyalty by monitoring households that own a new vehicle when they return to the market to purchase or lease a new vehicle from the same automaker.

Lincoln notes that its primary loyalty drivers are the MKC, MKZ, and MKX, and the addition of the Continental and upcoming Navigator should have Lincoln primed to defend its loyalty crown in quarters and years ahead. Through the first five months of 2017, Lincoln’s sales are up 6%, outpacing the luxury segment’s overall growth of 2% for that same period.

Lincoln’s Latest: The 2018 Lincoln Navigator is large and in charge with new smart features and more power

Lincoln also cited its shift toward client-friendly services like Pickup and Delivery as being a major contributor to loyalty. With Pickup and Delivery, standard with all 2017 Lincoln vehicles, a Lincoln Service Valet will pick up a vehicle and deliver it to its service appointment, leaving the customer with a complimentary loaner vehicle. Prior to returning the vehicle to the customer, the Lincoln is freshly washed for a new-car feeling.

The Pickup and Delivery service was launched in September of 2016 and saw more than 15,000 rides by the end of the year. Lincoln estimates that Lincoln Service Valets will complete more than 50,000 rides by the conclusion of this year.

Lincoln also recently expanded its Lincoln Chauffer pilot program to San Diego. The service, which contracts a driver to run errands for you in your Lincoln, originally launched in Miami as part of the introduction of The Lincoln Way philosophy.