The Lincoln Motor Company has announced that it will serve as a signature sponsor of the Tribeca Film Festival, which will take place April 16-27 in New York City. The partnership will result in, among other things, the inaugural Tribeca Interactive & Interlude: A Music Film Challenge; the contest will require filmmakers to create an interactive music video to expand the Tribeca experience into the digital realm.

“The creative and visionary participants of the Tribeca Film Festival mirror Lincoln,” said Matt VanDyke, director, global Lincoln, in a statement. “Just as they are driving film in new and exciting ways, Lincoln offers a fresh alternative with its vehicles and client experience.

“We continue to support and encourage innovative ideas and projects that echo the Lincoln brand’s passion for the arts, design and thought leadership,” VanDyke added. “With signature sponsorship of the Tribeca Film Festival, Lincoln celebrates achievements in filmmaking.”

The Tribeca Film Festival will be celebrating its 11th anniversary this year. The festival was founded in 2003 by Robert De Niro, Jane Rosenthal, and Craig Hatkoff in order to stand as a significant platform on which independent filmmakers, musicians, and artists from all walks can stand.

Tribeca Interactive & Interlude: A Music Film Challenge will offer filmmakers the chance to create music videos for their choice among three songs: “Heavy Seas of Love” by Dammon Albarn, “Ticking Bomb” by Aloe Blacc, or “Dead in the Water” by Ellie Goulding. Participants will use Treehouse—Interlude’s self-service authoring suites—to create a tree-structured interactive music video experience with any number of possible outcomes. The winners will receive $10,000 and a trip to attend the festival in April.

“We are proud to be partnering with an iconic global brand like Lincoln,” said Jon Patricof, president, Tribeca Enterprises. “Its involvement will help us further our mission of supporting filmmakers and bringing audiences the best in new independent storytelling.” 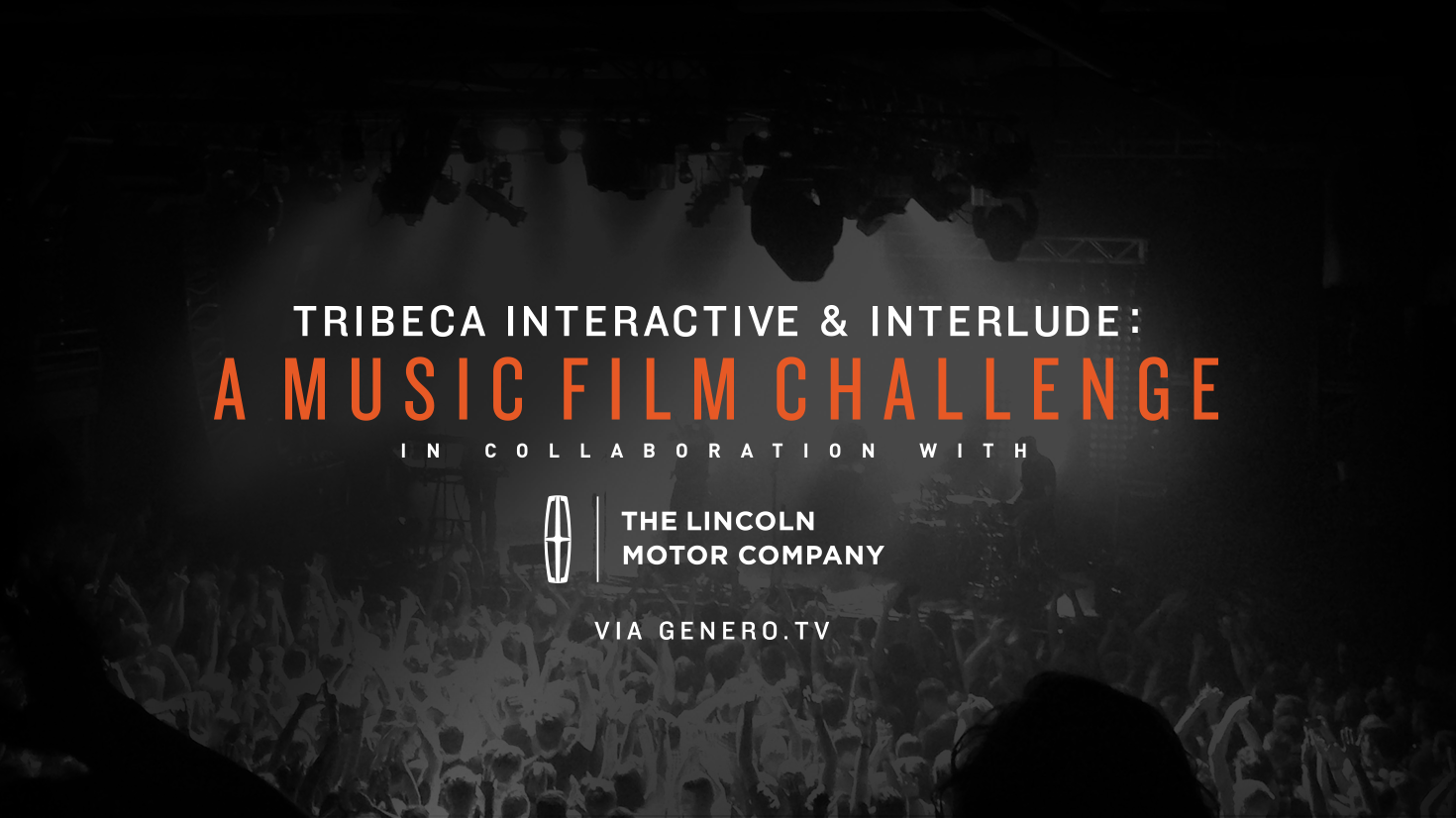 The Tribeca Film Festival is scheduled to take place in NYC later this year.