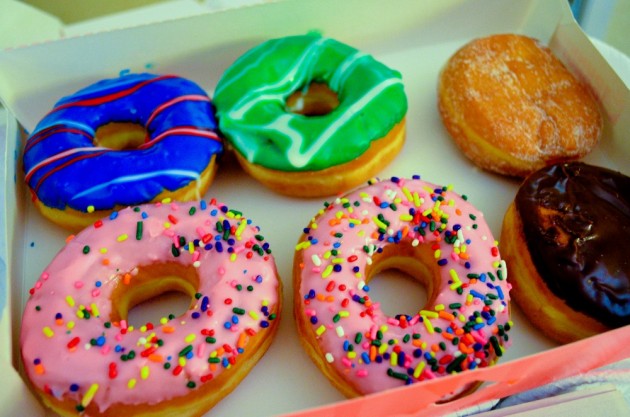 Forget a cash reward, this guy offered donuts for whoever could find his car
Photo: Amiga-Commodore

After waking up on Monday, June 29th, to find his 2004 Cadillac CTS had been stolen, Indiana native J.C. Price first called police, then posted a reward on Facebook of 25 dozen donuts for information leading to the thief’s arrest.

Price is the owner of Square Donuts of Richmond and said he posted the reward on Facebook to create a positive spin on his car being stolen and to have some fun. By 5pm that night, his reward post had received 40,000 views and prompted numerous calls from people reporting they’d seen the Caddy.

Offering the Best Reward Ever! Our car was stolen from our driveway right beside our front door sometime early this…

Posted by Square Donuts of Richmond on Monday, June 29, 2015

Major Jim Branum of the Richmond Police Department located the Cadillac the following day, after it was abandoned in a field behind a vacant house. Price said the car had been dented and a piece was hanging from the back, but he was able to recover his daughter’s stroller, although the car seats were missing.

As for the reward, Price said he definitely was going to bring donuts to the police department, but had second thoughts about honoring his word of the 25 dozen that he promised via social media.

“I don’t know what I’m going to do,” he said. “It kind of turned out bigger than I thought it would.”