Fields, 53, is Ford's current COO and has been considered a front-runner for the position for some time. 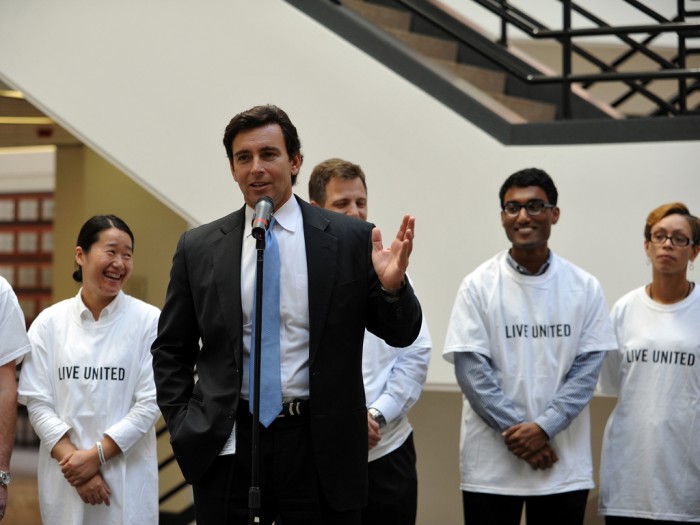 Welp, Ford must not be covering up any decades-long safety issues, because today’s news that the automaker will likely name Mark Fields their new CEO is as business-as-usual as it gets. After GM set the standard of only appointing women to top positions in order to be the publicly-shamed face of a massive recall, appointing Fields the new CEO is as good an indicator as any that it’s smooth sailing at Ford!

Bloomberg is reporting that Ford CEO Alan Mulally, who was long-rumored to have been taking Steve Ballmer’s place at Microsoft before Satya Nadella was appointed their chief executive, will be stepping away sometime before the end of the year. This is consistent with what Mulally told Bloombergearlier this year when he stated that he intended to stay at Ford at least through 2014.

“Mulally, 68, will step down before the end of the year and be succeeded by Fields, 53, now chief operating officer, according to the people, who asked not to be identified revealing internal plans. The Dearborn, Michigan-based company may announce the moves as soon as May 1, the people said.”

We’re not sure who these mysterious people are, but I can only assume that they decided to speak with Bloomberg only through vocoders and whilst wearing tight leather balaclavas.

Fields has long been considered the CEO-in-waiting at Ford since being appointed COO back in 2012. He was the youngest person ever to run a Japanese company when he was named the head of Mazda back in 1998, and has previously served as chairman of Premier Automotive Group.

Looks like those of you worried about every automotive company being as nefarious as GM can rest a little easier when it comes to Ford. Were it that Ford had been hiding some potentially fatal flaw in their vehicles, it’s more likely that they would have probably trotted Marcy Fisher out in front of them like some kind of human shield instead of sacrificing their golden lamb to the slaughter.

We will have more on the potential appointment of Mark Fields to the position of Ford CEO as they become available.