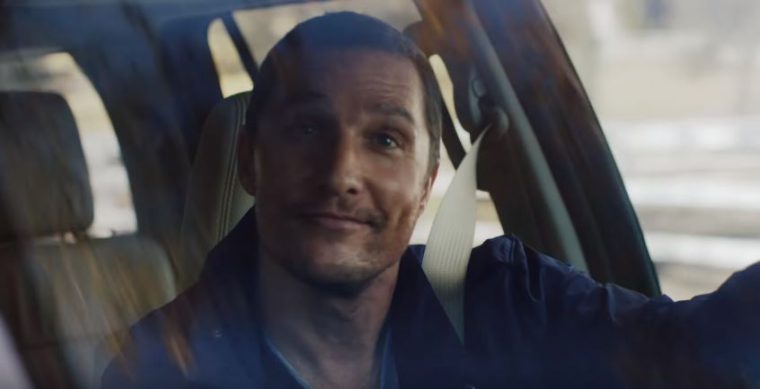 It’s been months since we last saw Matthew McConaughey shilling the Lincoln MKX in a glossy commercial that featured him playing poker with a bunch of well-to-doers. It was an interesting spot all the same, but it was missing something. Namely, some of the token weirdness that made the actor’s commercials for the MKC and MKZ so easy to emulate. That weirdness is back in full force in a new commercial for the 2016 Lincoln Navigator, however, and it may also plant the seeds for some kind of buddy comedy.

Fortunately, 2016 has already given us a fantastic new Lincoln commercial, this time featuring McConaughey talking to two dogs about food while driving around in a Navigator. Yes. Talking to dogs. It’s a return to form, to be sure.

Gone is the ritzy suit and the slicked-back do, replaced by a stylish light blue jacket and a close-cropped haircut. There’s no pretense of fanciness or any element of danger here. It’s just Matthew McConaughey having a very in-depth conversation about barbecue with a pair of dogs and emphasizing the Navigator’s spaciousness.

WE ARE ALL ROTTING FROM THE INSIDE