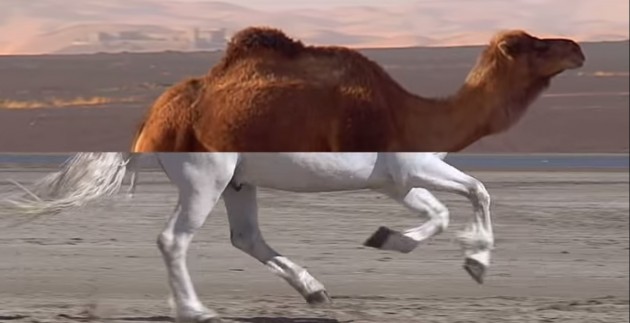 You can do anything with animals in commercials, right?
Photo: Mazda UK via YouTube

Perhaps it’s just our limited perspective as narrow-minded Americans, but foreign car commercials can seem pretty strange to us (honestly, seeing a car urinate doesn’t make us want to buy it).

Such is the case with a recent string of Mazda UK commercials that feature an odd obsession with animals. While the ads don’t reflect poorly on the vehicles themselves, and are generally decent ideas, they reveal odd–and sometimes harrowing–perspectives on animals.

Mazda UK Commercial Pits a Car Against a Bunch of Dogs 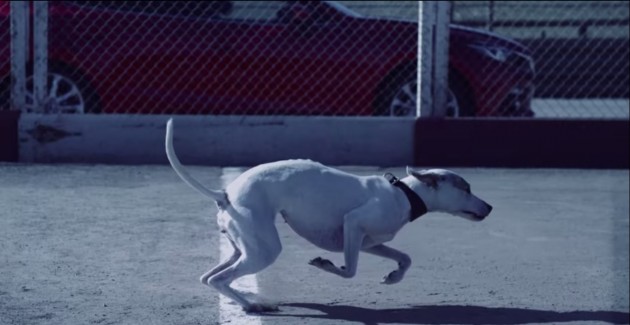 Racing a Mazda against a pack of athletic dogs to test which has the better quick start, agility, strength, and endurance doesn’t seem like a bad idea. The Mazda UK commercial gets to show off a lot of slow motion shots of the animal bodies and sleek vehicle in action within an obstacle course.

The concern we have is for the title that sells the ad: “Mazda3 Vs. Dogs.”

Not to be morbid, but we’ve never seen a news story reporting that a car-versus-dog incident ever resulted in the dog coming out as the victor. 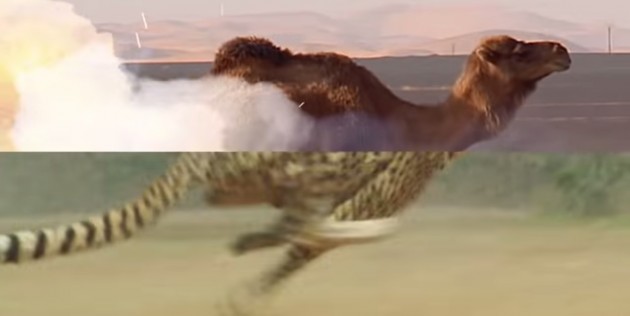 Camels shouldn’t store up so many beans…
Photo: Mazda UK via YouTube

During audio of a launch countdown, another Mazda UK commercial uses footage of a docile camel to illustrate how conserving fuel can result in high performance.

Showing the  camel combined with everything from human legs to a bicycle to a monkey, the animal (which is known for storing energy to last for days) lets loose and takes off when juxtaposed with the legs of a cheetah.

Yet, it’s not fast enough having a camel cross-bred with a cheetah–it has to have a rocket shooting out of its butt.

Reminds you of that AT&T commercial, doesn’t it? Maybe that was the inspiration for this ad.

“They’re erasing her… and then they’re gonna erase me! Oh my gooooooooooood!”
Photo: Mazda UK via YouTube

The pastoral venue for this commercial looks like a scene from The Sound of Music. The narrator speaks the praises of the beautiful environment: the Alps, the people, the air…until coming across a rather peaceful looking cow, which is promptly WIPED FROM EXISTENCE because of its natural production of carbon dioxide. Not even a hamburger is left.

While this is intended to humorously illustrate Mazda’s concern about harmful waste production in its vehicles, it may indicate a much darker, underlying concern: Does Mazda UK see cattle as undesirable, wanting to wipe them out in favor of a world with only beautiful people?

Perhaps we should be worried for our bovine brothers and sisters…