Mazda’s Adaptive Headlights Are Brighter Than You Are 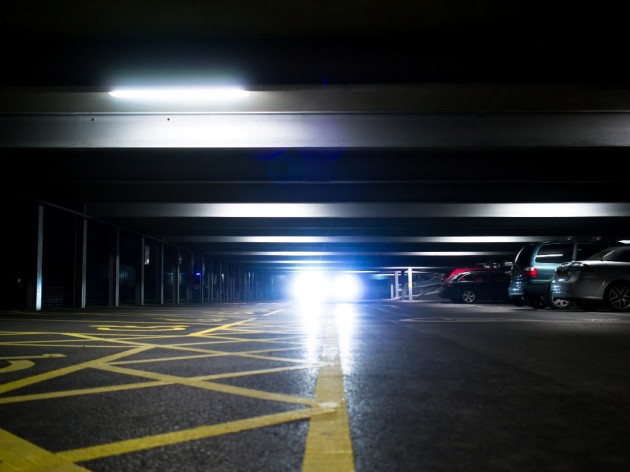 There’s nothing worse than bright headlights at night… or having to dim yours for passers-by!
Photo:Gavin Clarke via CC

Either you’re one or the other. Do you prefer driving with your bright lights on and hate reducing them every time you pass a car (and, honestly, neglect to do so)? Or, do you hate those drivers who hate drivers who blind you with their highbeams and nearly make you careen off the road?

Whether you reside in one camp or the other (or, even both), you’d agree that bright headlights are a problem, especially now that those halogen bulbs are becoming so prevalent. While dimming highbeams is now seen as a mere “courtesy,” it’s imperative to safe driving and shouldn’t be neglected.

That’s why Mazda’s adaptive headlights could make driving at night safer and easier for those of us who normally don’t dim our brights.

Mazda’s Adaptive Headlights Adjust Themselves Without Your Help

Mazda’s adaptive headlights are divided into four LED blocks per side that can be switched on and off independently, all spread out at different angles. Using the cameras and lasers already outfitted in Mazda models, the car will turn off the appropriate LED blocks pointed at the oncoming vehicle until it passes.

If this sounds at all like other brands’ attempts to mechanically cover headlights with bulb-blocking shutters, Mazda promises that this electric approach will be cheaper and safer on the eyes. And, it’ll be the first technology of its kind to be released across the market in its full lineup (though word of when that could happen hasn’t been offered).

You can also expect to see Mazda release headlights that tilt based on the road’s incline and wide low beams that illuminate the sides of the road.

With Mazda’s adaptive headlights in the works and coming soon to our vehicles, we’ll never experience this feeling again when we’re driving at night: