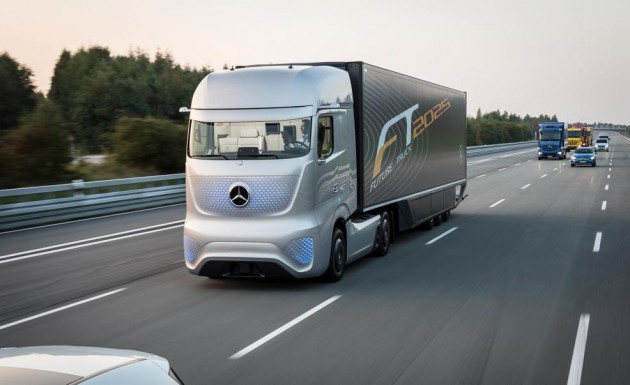 Many agree that autonomous driving is the way of the future, but thus far, Mercedes-Benz is one of the very few automakers to toy with the idea of upscaling the technology to meet the needs of commercial truck drivers. Mercedes originally previewed the Future Truck 2025 in July, and now it’s taken off the camo wrap to reveal that its self-driving semi is every bit as pretty as it is amazing.

The Future Truck 2025 is every bit as striking visually as it is for the fact that it does not need to rely on a driver. In fact, the Future Truck 2025 only needs the driver to guide the truck onto the highway and merge into traffic. From there, the self-driving semi takes over, and the driver is advised to relax and utilize the creature comforts of a detachable in-dash tablet and a super villain-like swivel chair. 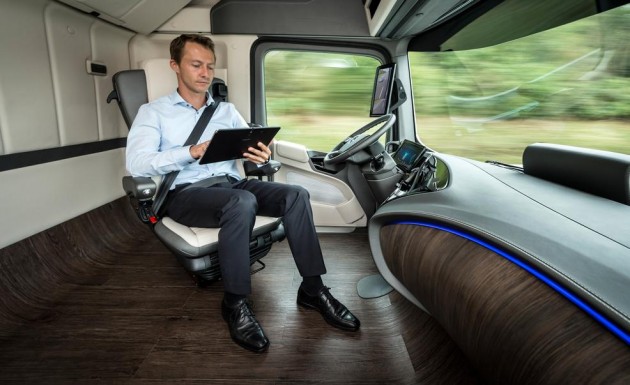 The driver is notified to take control prior to exiting the highway toward its final destination, but the truck is otherwise capable of adjusting to driving conditions thanks to an advanced suite of sensors and vehicle-to-vehicle communications.

Not to be overlooked with the Future Truck 2025 is that it just looks cool, providing an “exceptional visual appearance [that] symbolizes the great leap from classic truck to autonomous transport vehicle of the future.” The front utilizes numerous LED lights that change colors to indicate lane changes and driving position, as well as just because it’s cool.

Oh, and before you go thinking that the interior is going to be Spartan because it’s a semi, just remember that it is, first and foremost, a Mercedes. Check it:

Of course, we’re at least 10 years away from seeing this thing enter into large-scale production (hence that name), but we’ve no doubt that this self-driving semi has all the potential to change the way commercial hauling works for the better. 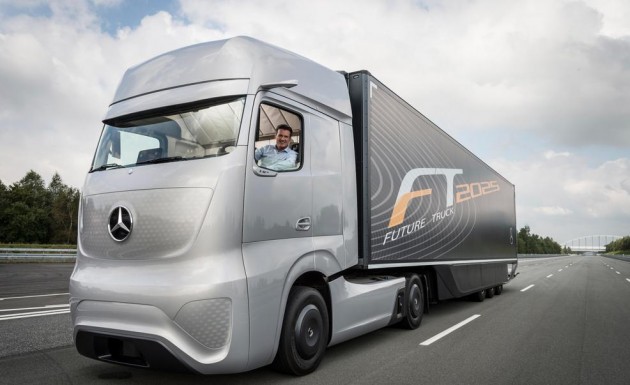