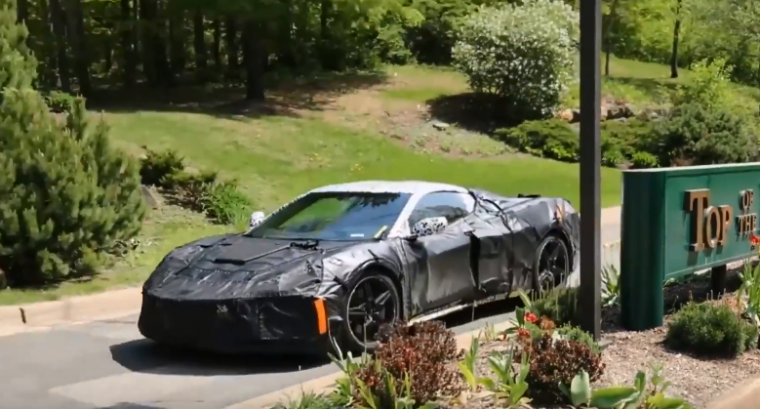 A spy shot shows what might be the new mid-engine Corvette C8
Photo: Sixgun Sled

Sports car enthusiasts who’ve been eagerly awaiting the new mid-engine Chevrolet Corvette C8 will have to wait a little longer.

Rumors have been flying for months that the C8 would debut at the 2019 North American International Auto Show in Detroit. However, Chevrolet said last week that it wouldn’t be introducing any new vehicles at January’s show.

Chevy still hasn’t publicly admitted that a mid-engine Corvette C8 is on the way. But sources told GM Authority that serious electrical problems are delaying the car’s debut. The C8’s electrical system can’t handle the necessary load, so it will need to be re-engineered.

Still a Classic: Learn more about the 2019 Chevy Corvette

This is likely to delay the mid-engine Corvette’s debut by about six months. That would rule out a debut at April’s New York International Auto Show in April. However, the C8 could still arrive in time for the 2020 model year.

The car’s mid-engine layout should give it a major performance boost. The Corvette has typically used a front-engine layout with rear-wheel drive. But a mid-engine setup will greatly improve its balance, cornering, and handling, making it more competitive against other mid-engine cars like the Ferrari 488, Ford GT, and Porsche 911.

It’s not clear yet what engine the Corvette C8 will carry, but sources have indicated that it could be a dual-overhead-cam V8 or an upgraded version of the V8 found in the Corvette Stingray and Corvette Grand Sport. It might even carry an electric motor to increase efficiency and run an all-wheel-drive powertrain.

Another High Performer: Get the details on the 2019 Chevy Camaro