The 2016 New York International Auto Show begins next week, and carmakers from around the globe are looking to debut some pretty spiffy vehicles. Even Mitsubishi is joining in on the fun and has announced its press conference time—and a pretty good look at the vehicle it’s going to be focusing on. 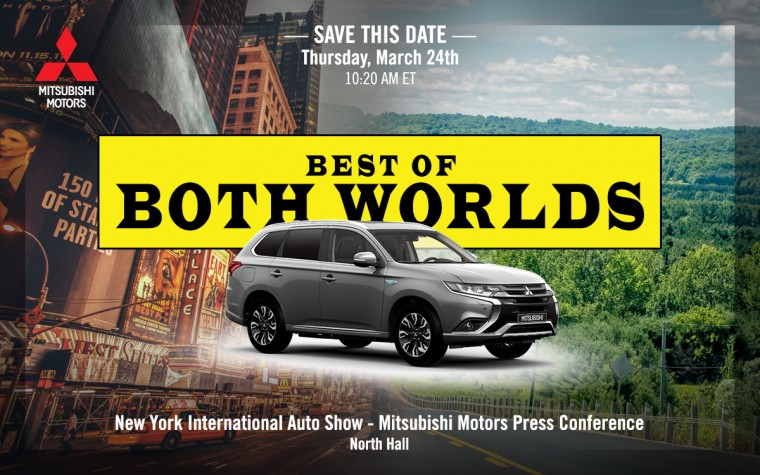 Want a New Car? Calculate the monthly payments you can afford first

If you look close enough at the badging on the vehicle—and the vehicle’s styling itself—it looks like Mitsubishi’s press conference will focus on the Outlander Plug-In Hybrid Electric Vehicle (PHEV). Over the past few years, the Japanese carmaker has hinted at introducing this eco-friendly crossover to the United States’ market, which comes as no surprise since it’s a big hit in the brand’s global markets.

Here’s hoping that there’s actual information about it this time around.

A Long History: Find out more about Mitsubishi rich background

The Mitsubishi press conference at the 2016 New York International Auto Show (NYIAS) will take place on Thursday, March 24th. It will begin at 10:20 am (EST) in the North Hall.

Last year, Mitsubishi took advantage of NYIAS to introduce the brand-new 2016 Mitsubishi Outlander. The Outlander had undergone a significant redesign for the 2016 model year, and in the end offered over 100 improvements to its mechanics, technology, and style. After this redesign, the Outlander quickly gained shares in the competitive crossover segment, becoming one of the more popular choices in its segment.

It will be interesting to see the vehicle Mitsubishi will display this year—hopefully, it will be just as successful as the 2016 Outlander.