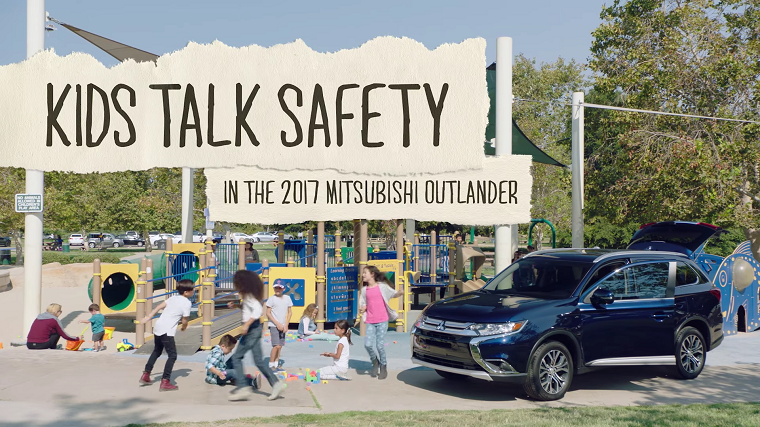 Ad campaigns are all about creating “buzz” nowadays—generating just the right amount of interest to “go viral” and spread through word-of-mouth.

The ads showed kids using their imagination to put the 2017 Mitsubishi Outlander’s complex safety features in their own words, making them easier to understand and connecting viewers on a personal level with the people the features are most designed to protect.

“Mitsubishi Motors is known for its safety, but we were confronted with finding a different way of explaining a topic that can often be full of complicated jargon. So we looked at what families care about most when it comes to safety — the kids,” said Grant Holland, chief creative officer at Omelet. “They have the ability to break down complicated features in the 2017 Outlander into simple, relatable terms. This campaign was designed to give our smallest passengers a big voice, but it was their imagination and their illustrations that everyone had the most fun with.”

The “Kids Talk Safety” ad campaign originally began on a small scale but reportedly reached more than half a million people through word-of-mouth, with engagement rates three times higher than any of the automaker’s previous campaigns. Such was its success and the positive response that Mitsubishi turned the social media content into a national ad campaign.

Safe Driving: How to use defensive driving techniques to become a safer driver