Mitsubishi Lancer Lives On as ‘Grand Lancer’ in China and Taiwan 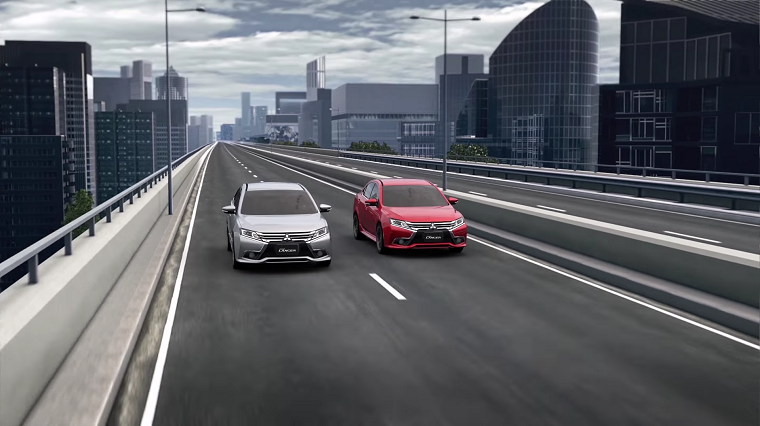 The Mitsubishi Lancer apparently refuses to die. The Sportback version was discontinued in 2014 and the Evo in 2015, though not before the Evo Final Edition was sold in 2016. The regular Lancer is slated to stop production this August.

Surely that would mark the definitive end of the Mitsubishi Lancer, right? Nope! Say hello to the Mitsubishi Grand Lancer, a visually-updated version of the same Lancer platform that has been around since 2007, which is soon being launched in China and Taiwan.

Admittedly, this new version of the Lancer is much better looking than the outgoing model we have in the United States, having adopted the front end “Dynamic Shield” design of the current-generation Outlander.

The sedan is also equipped with some fresh bits under the hood: a new 4J-series MIVEC engine, which according to Motoroids will produce 139 horsepower and 127 lb-ft of torque from 1.8 liters of displacement. Power will be sent to the front wheels via a continuously variable transmission (CVT), Carlist says.

Inside, the dashboard has been upgraded to include a large infotainment unit and color LDC display in the instrument cluster.

So why China and Taiwan, and not the United States or Europe or even Japan, where Mitsubishi is based? The answer is likely that these countries have lax regulations when it comes to fuel economy, emissions, and even passenger safety, which means that building a car for those markets can be a lot cheaper.

Nonetheless, if the Grand Lancer does well in China and Taiwan, it could motivate Mitsubishi to bring it back to Europe and North America where, one can hope, the Evolution badge may one day be reintroduced.

Related: Check out the ‘Dynamic Shield’ grille on the Outlander