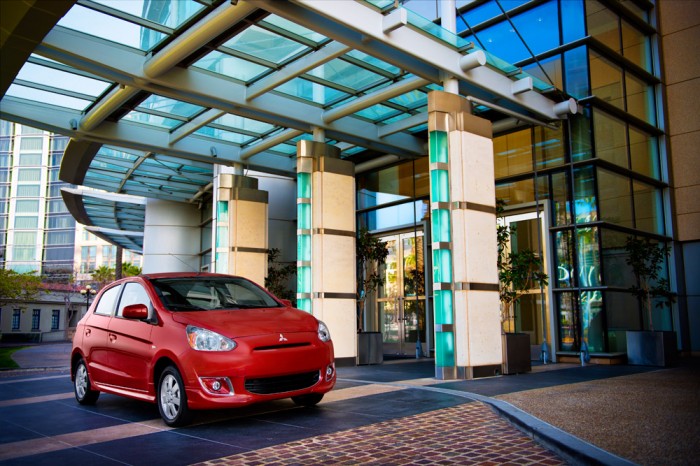 The Mitsubishi Mirage was first introduced in 1978 as a subcompact hatchback. Though its production took a brief hiatus from 2004 to 2012, the Mirage is back with a vengeance as a five-door hatchback, making it an out-of-the-box option for consumers looking for a car that’s a bit different.

After the Mirage was first introduced in 1978, it had a bit of an identity crisis, sold under multiple different model names that varied greatly depending on the market. In 2003, because of lackluster sales, Mitsubishi introduced the Colt to replace the Mirage hatchback, though the Colt was only a three-door.

When the Colt ceased production, the current generation Mirage was reintroduced at the 2011 Geneva Auto Show as a concept car, followed by a variety of production cars unveiled at the 2011 Tokyo Motor Show. Production began for the Mirage in 2012 at Mitsubishi’s Laem Chabang plant in Thailand.

The Mirage was the first car to feature Mitsubishi’s Super Shift transmission, which is a four-speed manual with a second lever for “low” or “high” range.

After briefly being known as the Colt, the Mirage name was once again established in 2012. Along with the name change, so changed the car’s body style from a 3-door hatchback to a 5-door.

Reception of the Mitsubishi Mirage

Since its re-introduction to the market in 2012, the Mirage has received a handful of negative reviews, but more importantly, it has garnered some outstanding positive recognition. For example, the Mirage recevied the 2012-2013 Car of the Year award from the Car Awards Group in the Philippines. It has also been named one of Forbes magazine’s 12 Greenest Cars of 2014.