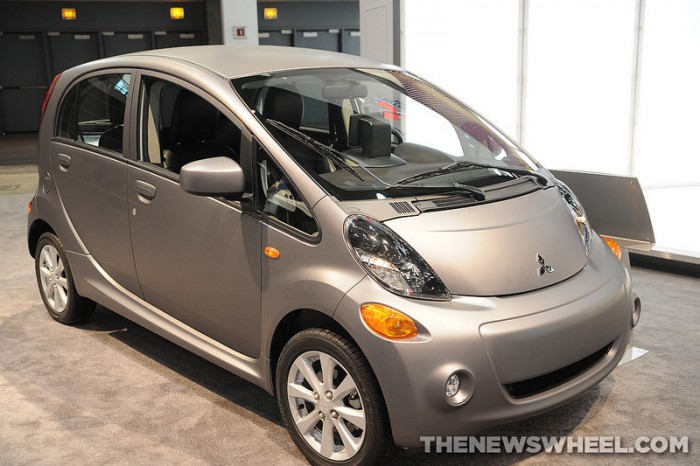 It’s the most wonderful time of the month: Mitsubishi November sales figures have been released!

We know, we know, it’s like a Christmas tree holding a menorah and a Fourth of July bottle rocket while wearing a Halloween costume and stuffed into a turkey. Like a Chrishallopendenukkahurkey. But better.

So how did Mitsubishi fare? Another month of sales growth—the ninth in a row—punctuated by increases from the Mirage, Outlander Sport, and i-MiEV.

Yes, seriously: you know Mitsubishi had a solid month when they increased sales of the i-MiEV by 50%. Granted, a 50% sales increase means they sold six more, but still: progress!

“We’ve seen nine consecutive months of year-over-year increases, with the Outlander Sport and the Mirage leading the way,” said MMNA Executive Vice President, Don Swearingen. “We’ve also had a strong November for our Outlander and Lancer and are on track to continue this momentum through the end of the year.”

The Outlander and Lancer were both down in November, but they were relatively competitive with 1,014 sales and 1,490 sales, respectively. In any case, both the Lancer Evolution and Outlander are on pace for their best sales marks since the recession began in 2008.

As has been the case all year long, the Outlander Sport led the pack, posting 2,679 sales and its best November performance ever.

The Mirage continues to sell well with 1,333 hatchbacks sold in November, bringing its year-to-date total to 15,573 units.

All told, Mitsubishi has sold 71,098 vehicles through 11 months.

Ahh. Like we said, better than a whole bunch of holidays rolled into one. Distilled euphoria.