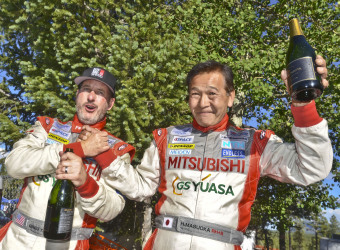 Mitsubishi raced to an impressive 1-2 finish in the Electric Vehicle division of the 2014 Pikes Peak International Hill Climb. 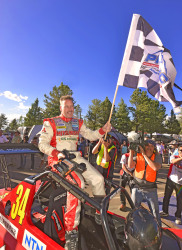 Need a New Ride? Value Your Trade via Edmunds.com

In addition to setting a new record in the Electric Vehicle division by completing the climb in only 9 minutes and 8.188 seconds, Tracy became Pike Peak’s first participant to record a sub-10 minute lap time in both two-wheel and four-wheel racing categories.

“The Mitsubishi Motors team prepared a fantastic car for me,” he said. “This victory was truly a team effort. I want to thank the team and also Masuoka-san for developing such a phenomenal racing machine in the MiEV Evolution III.”