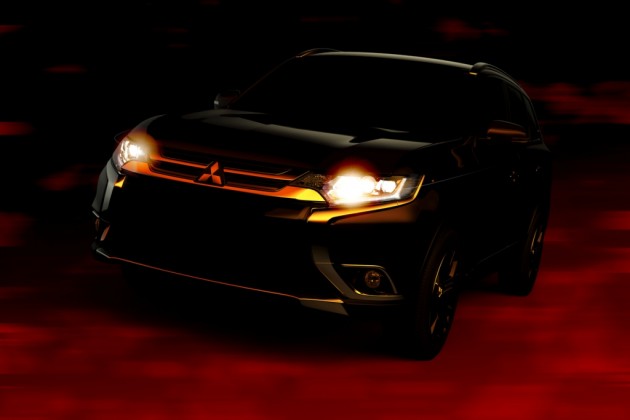 This morning, Mitsubishi released two more teaser images of the all-new 2016 Outlander and confirmed its big reveal at the New York International Auto Show next week. The new crossover will be revealed on Thursday, April 2nd around 11:30am EST.

The 2016 Outlander is the first Mitsubishi to use the brand’s new design language, employing skinny headlights in an X-shaped grille that have been recently seen on concept cars like the XR-PHEV and GC-PHEV. 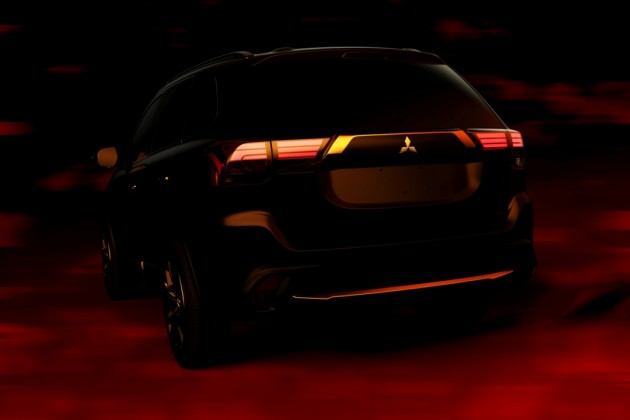 According to Mitsubishi, the new Outlander features “over 100 engineering and design improvements” involving its appearance, performance, interior noise levels, handling, and more.

There’s still no word on what engine the 2016 Outlander will use, although it’s probably safe to assume that it will offer a PHEV variant. The current generation of Outlander has become the most popular PHEV in the United Kingdom, even outselling the Nissan LEAF, but sales of the model in the US have been delayed by battery shortages and changing regulations. Perhaps this new platform will have most of those issues ironed out for a potential 2016 Outlander PHEV.

We’re still left wondering about the GC-PHEV concept that was revealed in Chicago in February. It seems to be bigger and more off-road focused than this Outlander, so perhaps it’ll be the brand’s new flagship SUV to be sold above the Outlander. Maybe we’ll see the return of the Montero!