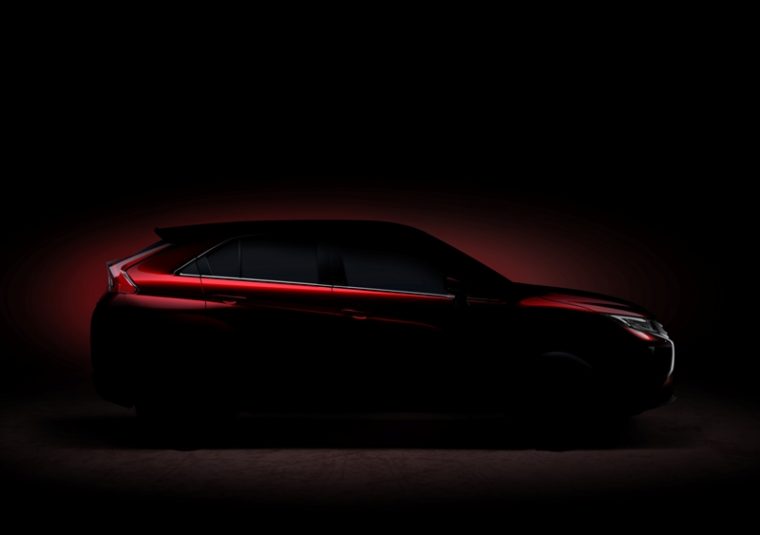 Mitsubishi has unveiled a shadowy teaser image of its upcoming crossover, which it will reveal in full at the Geneva Motor Show. But if the announcement of a new compact crossover seems like old news—not just coming from Mitsubishi, but from the industry as a whole—you’re not alone in feeling that way.

The market is becoming increasingly saturated with compact crossovers, but as they are the hottest vehicle segment in America, that’s unlikely to stop any time soon. It also gives Mitsubishi a perfectly good reason to jump in with its own crossover, especially given that the automaker is looking for a much-needed jolt in sales, brand recognition, and—well, anything that could help it return to the conversation without hints of derision.

Crossover Craze: The 2016 Mitsubishi Outlander is a popular sporty crossover

Mitsubishi’s new crossover will rival the new Nissan Rogue Sport and will be powered by a new 1.5-liter turbocharged engine mated to a CVT transmission and an electronically-controlled Super-AWC all-wheel-drive system. More grunt will also be available from a 2.2-liter four-cylinder turbodiesel, though how much grunt is as yet unknown.

There have been many rumors that the new crossover would revive the Mitsubishi Eclipse name, though this would surely anger fans of the compact sports car that once held it. From its profile in the teaser image, the upcoming Mitsubishi no doubt looks sporty—but is that a good enough reason to slap the Eclipse name on it? It’s not even a sedan! If the rumors are true, we fear what might come next—a Lancer pickup truck?

Future Mitsubishi: Upcoming designs to be based on Ground Tourer Concept