Mitsubishi Tugs at Our Heartstrings with Evo Production Video 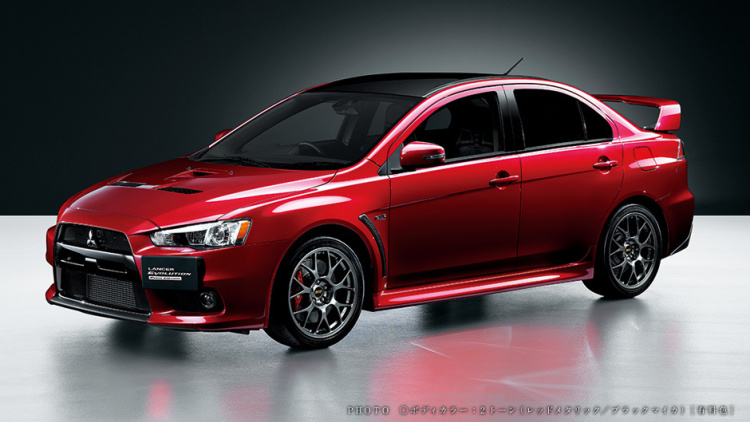 The video highlights the production of the Evo Final Edition

When Mitsubishi announced earlier this year that it is ceasing the production of the Lancer Evolution, consumers around the world were shocked. Known as one of the most iconic rally cars in the market, the Evo is one-of-a-kind and has a cult-like following that is difficult to ignore.

What Makes the Evo So Awesome? Check out the Mitsubishi Evo’s superior features

In celebration of the Mitsubishi Evo’s legacy, the Japanese carmaker has let the world inside its factory at Mizushima, Japan to show us how the Evo Final Edition is built. Warning: If you are still heartbroken over the fact that Mitsubishi is killing off the Evo, don’t watch the video we have for you because it will probably make you cry. Because it definitely made us tear up a time or two, despite the peppy music and the fact that none of us understand Japanese.

Honestly, it’s hard not to be mesmerized by the video. Watching as large sheets of metal come to be the iconic, vented hood is incredible. It’s difficult to remember the work that goes into producing every single vehicle in the world, but this video definitely reminds us.

Mitsubishi is on a Roll: See why Mitsubishi’s sales continue to increase

Mitsubishi is sending off the Mitsubishi Evolution with 1,000 Final Edition models. These special edition vehicles are manual-shift only and will not be sold outside of Japan, which makes the Evo Final Edition incredibly sought after. To “replace” the Evolution, Mitsubishi has mentioned potential creating a hybrid crossover—but we’ll see what comes of this idea.