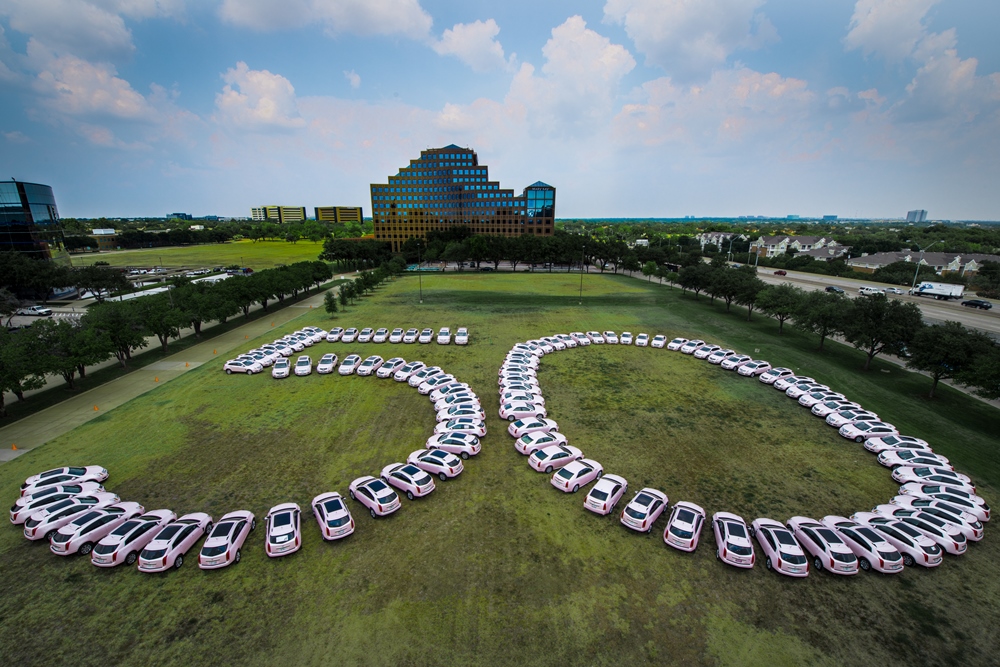 Professional wrestling legend and greatest WWE (née WWF) Intercontinental Champion of all time The Honky Tonk Man is cool, cocky, bad, and a noted Pink Cadillac enthusiast.  Given this fact, the recent Dallas rally that saw one hundred Pink Mary Kay Cadillacs gather in the street for the beauty company’s 50th anniversary must have been a sight worthy of making him shake, rattle, and roll.

The Pink Cadillacs lined up outside of Dallas’ AT&T Performing Arts Center on Friday, September 13 to celebrate Mary Kay’s half-centennial.  The Mary Kay Pink Cadillac Rally produced a number of impressive photo-ops and resulted in a caravan up the Dallas North Tollyway all the way the fashion brand’s Addison, Tex. headquarters. 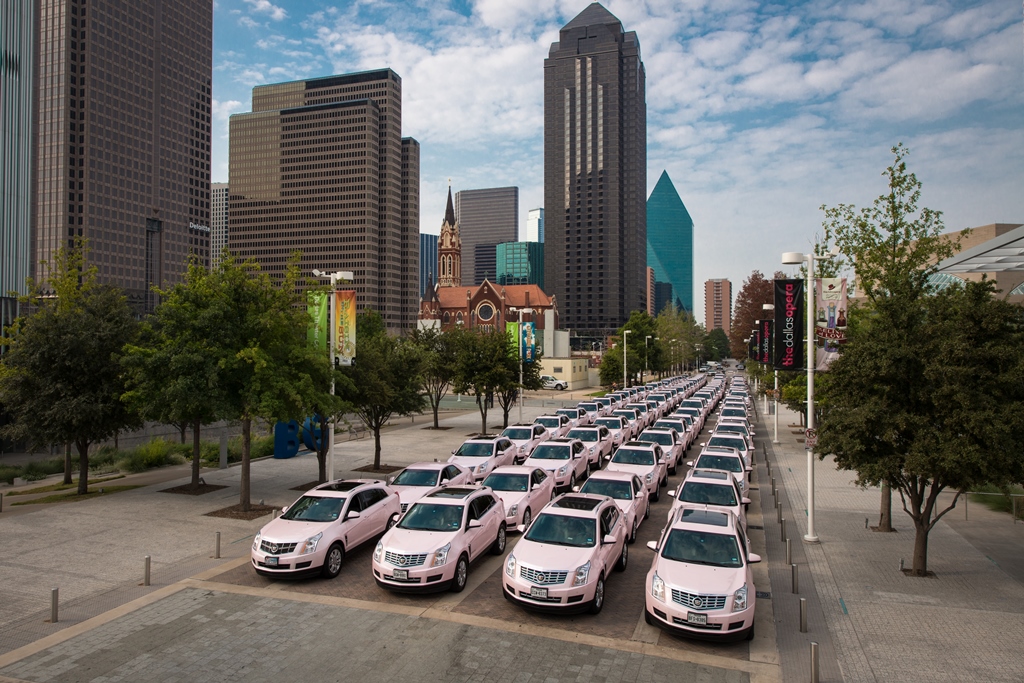 The internationally renowned cosmetics company was founded in 1963 by Mary Kay Ash; since then, it has grown to become one of the world’s most recognized names in fashion.  The first pink Cadillac was purchased by Mary Kay Ash in 1968, and the iconic Cadillac color has since become a staple for those looking for the ultimate bridge between fashion and luxury.

As of 2006, GM estimates that it has produced over 10,000 Pink Cadillacs for Mary Kay.  That’s a figure that would impress even the longest reigning Intercontinental Champion in pro wrestling history.

Related: How about a Little Hennessey with your Escalade?