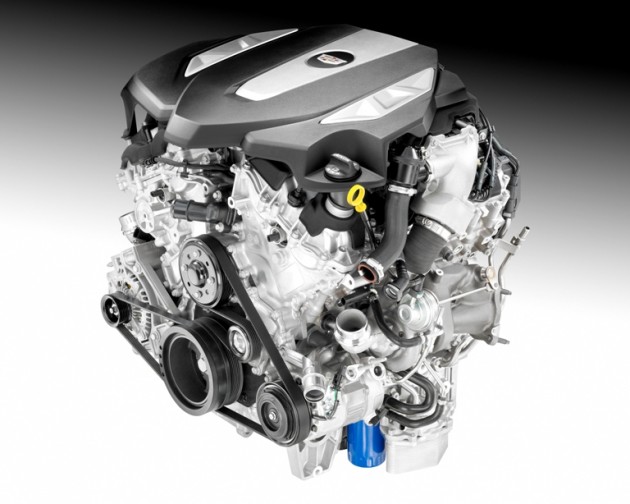 Cadillac President Johan de Nysschen has promised that the 2016 CT6 would be supported by a new family of V6 engines, noting that it would also sport the most powerful powerplant option in the segment. It has now been revealed that one of these engines will be a 3.0-liter Twin Turbo V6 that will be one of the most power-dense V6 engines in the world.

SAE-certified at 400 horsepower and 400 lb-ft of torque, the new Cadillac Twin Turbo V6 is said to be one of the most advanced engines on the market today. It is estimated that it will be 6% more efficient than the engine preceding it, thanks largely to innovative technologies including cylinder deactivation and automatic stop/start.

“Cadillac’s elevation on the world stage is driven in great part by its advanced powertrain technology and the all-new 3.0L Twin Turbo powers past the traditional segment leaders with higher degrees of the performance and refinement their reputations were built on,” said Rich Bartlett, assistant chief engineer. 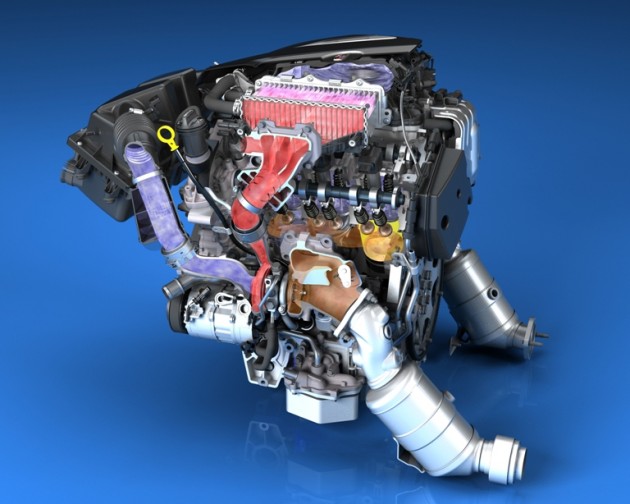 The 3.0-liter Twin Turbo V6 will be mated to the Hydra-Matic 8L90 eight-speed automatic transmission that debuted last year on the Corvette Stingray.

Cadillac touts features such as a stronger aluminum block, four-cam phasing system, and a patented “targeted” cooling system as contributing to an engine that will be considerably quieter than competitive engines offered by Audi and Infiniti.

“This new architecture leverages the best of Cadillac’s proven, awarded V-6 engine technology and takes it farther with a finer focus on refinement and durability to match its benchmark output and efficiency,” said Bartlett.

Cadillac also announced that the 2016 CT6 will be offered with a 3.6-liter V6 engine. The CT6 will be revealed on March 31st at the New York Auto Show.

Shopping Used? See the Benefits of the Cadillac Shield Program