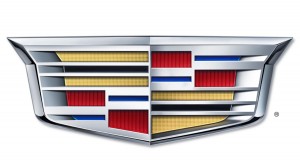 We all probably have that one neighbor who gets into the Christmas spirit just a little too much. We’re talking shopping list all crossed off by July, caroling through the streets on Beggar’s Night, and so many lights that Stevie Wonder says it’s too bright. Naturally, this also means that they’re keeping up the decorations weeks on end after you’ve thrown your stockings in a storage shed. Cadillac is no longer like that neighbor who can’t let go of Christmas: the revelation of the new Cadillac Crest shows a logo that is 100 percent wreath-free.

The timeless Cadillac Crest reached the next stage of its evolution Tuesday when the automaker revealed the design for the new Cadillac Crest in an official press release. As was speculated in early December, the unmistakable crest/wreath combination was given the old heave-ho as the Art and Science design language moves into new territory.

“The Crest remains a consistent symbol of Cadillac and our core values,” said Andrew Smith, Cadillac executive design director, in the brand’s press release. “This new Crest matches the lower, longer, leaner mantra of our current car designs, and reflects the evolution of our Art and Science philosophy.”

The new Cadillac Crest was first revealed in the summer of 2013 on the Elmiraj concept that wowed so many at the Concours d’Elegance at Pebble Beach. The Crest is now longer, lower, and leaner, evoking the streamlined look of the vehicles it will adorn—such as the newly-revealed 2015 Cadillac ATS Coupe.

“Our goal was to evolve the emblem design to integrate with the new vehicle form while maintaining the core graphic elements that preserve its strong brand recognition,” Smith added. “This resulted in retaining the iconic ‘crest’ shape and color palette with geometric grid from the original Cadillac family ‘coat of arms.’”

The new Cadillac Crest will begin to appear on new vehicles released starting in Q2 2014, including the aforementioned 2015 ATS Coupe, the 2014 CTS, and the next-generation Escalade. 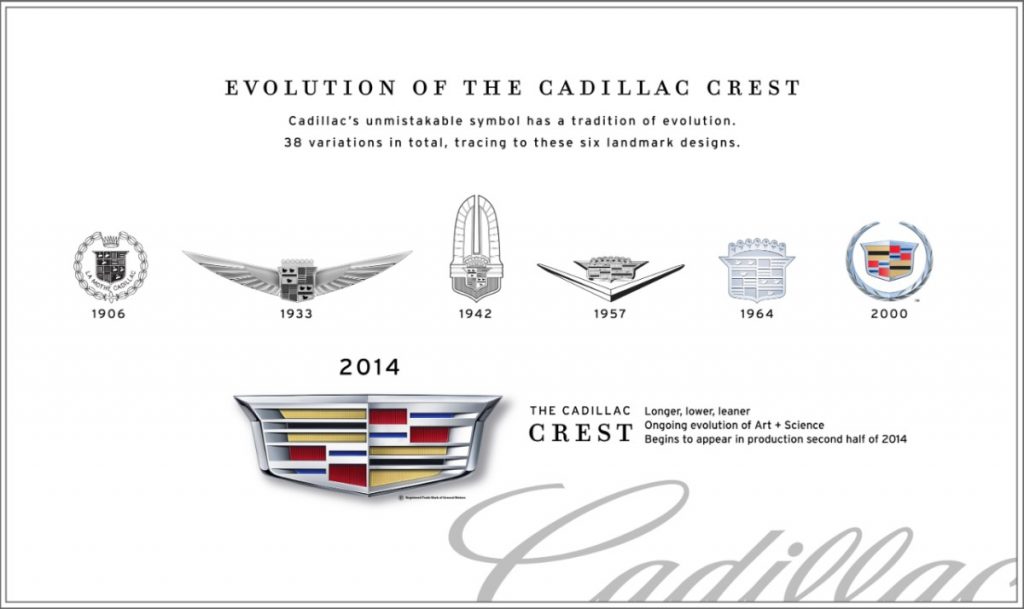