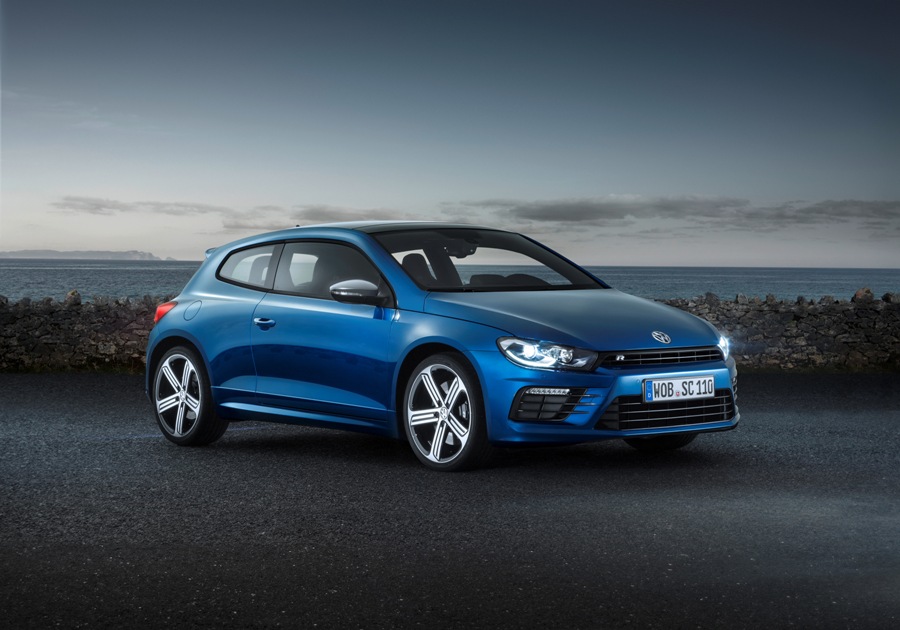 VW unveiled the all-new Volkswagen Scirocco and Scirocco R at the Geneva Motor Show this week, commemorating the 40th anniversary of the first-gen Scirocco’s debut in Geneva.

Inside the Scirocco, the instrument cluster has been updated to be even more advanced, yet the auxiliary instruments, according to VW, are meant to pay homage to the original Scirocco of 40 years ago. The steering wheel design and the “checkered black” central panel reflect the Golf GTI’s heavy influence.

The Volkswagen Scirocco R’s interior is marked by “Race” seat covers; decorative, crystal grey stitching; and stainless steel pedals, among other enhancements. As always, the R logo is sprinkled throughout the interior.

Under the hood of the Scirocco are four-cylinder turbocharged direct injection engines that are up to 19 percent more fuel-efficient than in previous models. As always, drivers can choose among gas and diesel engines.

Stick around with us here at The News Wheel for more news out of Geneva!