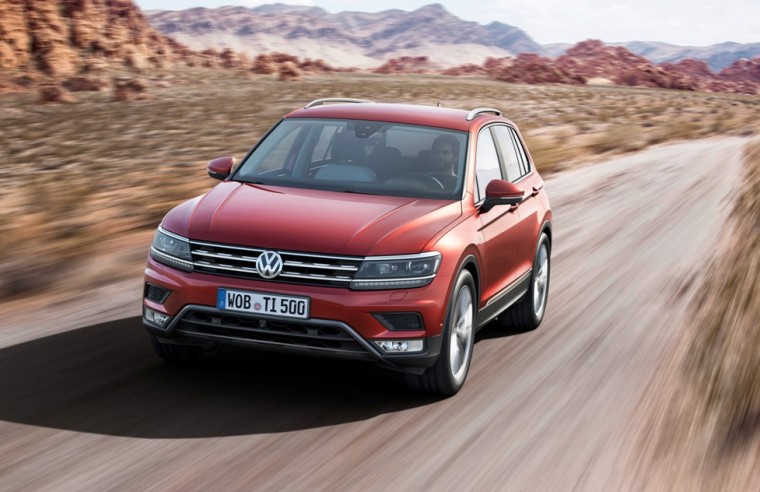 The all-new VW Tiguan was unveiled last month at the Frankfurt Motor Show in Germany, and it’s ready to take on the competitive crossover field in the United States. The small SUV has been completely redesigned, and it is estimated that it will be ready to hit dealerships in 2016.

The body of the Tiguan has been sculpted with sportier proportions, and it is also lighter than the previous generation for better fuel efficiency. With one of the largest available sunroofs in its class and an available automatic tailgate, this crossover is combining some of the best features from the competition into one vehicle in an effort to emerge as the best choice for drivers.

Inside the VW Tiguan, there is more passenger room and cargo space than ever before. With room for up to five passengers, the additional space means more legroom and capability to take all of your gear with you.

When released, the Tiguan will have the latest in infotainment technologies available, including the Composition Touch or Colour radio systems with five-inch touch screens. It will also be available with Apple CarPlay and Google’s Android Auto to seamlessly work with a driver’s smartphone.

The model is being presented with a traditional fossil fuel powertrain, but was also unveiled along with a Tiguan GTE concept plug-in hybrid that sported solar panels on the roof for additional driving range. As more details become available, we’ll fill you in.