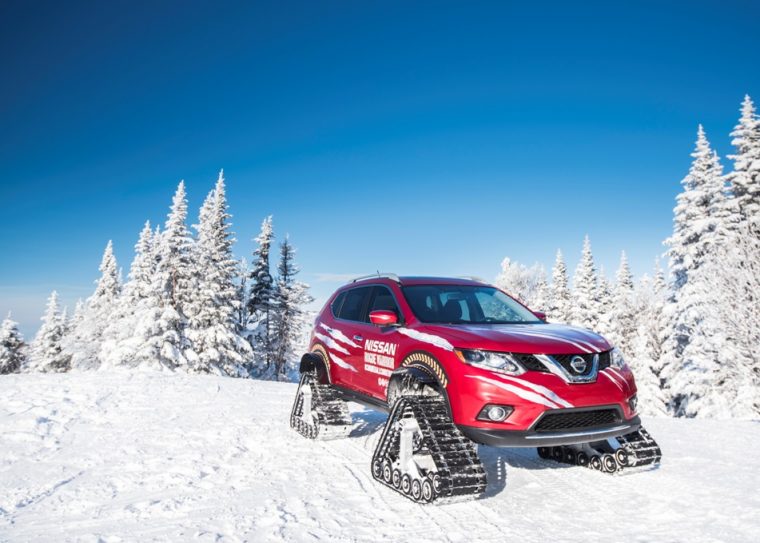 While the Nissan Titan Warrior was taking the North American International Auto Show by storm, the Nissan Rogue Warrior hit the slopes at the 2016 Montreal International Auto Show. The Rogue is Nissan’s bestselling vehicle in the country, so it’s only appropriate that it is being shown the most attention. The crossover is mounted on a full snow track system to give it maximum maneuverability in Canada’s often-harsh winters.

The unique thing about the Nissan Rogue Warrior is that it is fundamentally a production version of the original vehicle, unlike most concepts. Besides the obvious snow track system, the Rogue only needed custom snow guards and minor tweaks to the suspension and body to make the vehicle ready to conquer the snowy hills. Even the transmission is still the advanced Xtronic® setup on the production vehicle.

Take a look at the Nissan Rogue Warrior in action below as it picks up skiers and snowboarders who are bored waiting for the long ski lift line.

Don’t let the snow track fool you into thinking that this vehicle is a slow mountain climber (though it can scale a 45 degree grade in groomed snow). The Rogue Warrior can hit 100 km/h and it has a high ground clearance to help it maneuver. 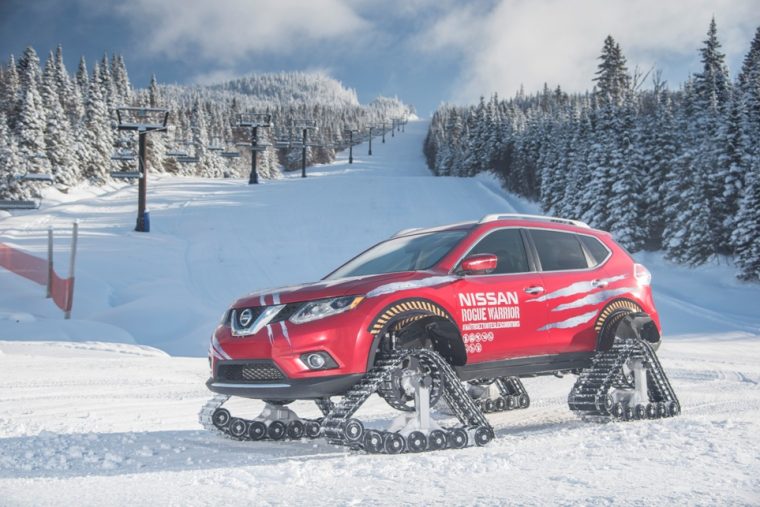 In Canada, the Nissan Rogue, Murano, Pathfinder, and JUKE are presented as “Conquer all Conditions” vehicles, and the Nissan Rogue Warrior takes that name to the next level. It certainly looks like a more comfortable way to head up the slope than the exposed ski lift rocking in the cold wind.