Nissan Gives Sneak Peek at What It’s Bringing to SEMA 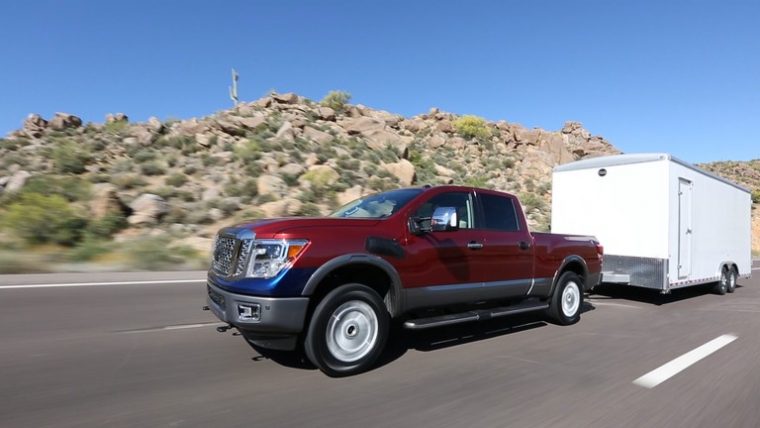 It is just about time for the Specialty Equipment Market Association Show to return once more to Las Vegas, and Nissan isn’t going to show up empty-handed. Instead, Nissan will be showing up with arms full of goodies for its booth, first among them being three new TITAN XD trucks.

Of course, these won’t be just any old TITANs. The first will be a specially-outfitted Genuine Nissan Official Accessories TITAN XD Platinum Reserve model, tricked out with key components from Nissan’s 50-plus-piece accessory lineup. Towed along behind this (literally—the GNOA TITAN’s integrated gooseneck hitch will be hauling a trailer) will be the almost-offhandedly-mentioned Cummins® Project TITAN XD (because Nissan loves ambiguous teasers). The Cummins TITAN will be revealed at a press conference on November 3rd.

The final TITAN XD will be the result of collaboration with SEMA and the result of a “measuring session” from back in April. Check it out:

The TITAN trio up there isn’t the only exciting thing that Nissan is toting to Vegas, though. Nissan will also be showcasing the GT-R NISMO N-Attack Package, which will add to the GT-R NISMO all the special enhancements that allowed the GT-R to reach the fastest-ever lap time for a volume production vehicle on Germany’s famous Nürburgring (which you can watch with driver Michael Krumm’s commentary below).

Beyond that, Nissan will display Nissan Motorsports components and NISMO parts, both from the US and Japan.