Steve Marsh of Kent, Washington, purchased his Nissan LEAF in early 2011 in order to save money on gas for his 130-mile roundtrip daily commute. He surely never imagined being joined by Washington Governor, Jay Inslee, and state Transportation Secretary, Lynn Peterson, less than three years later to celebrate becoming the first Nissan LEAF owner to travel 100,000 miles using only electricity. 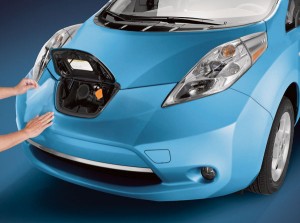 “With a daily commute of about 130 miles, I’ve saved more than $9,000 compared to my old gas-powered car since I bought my LEAF,” said Marsh in a press release. Marsh credits Washington’s strong charging infrastructure for his accomplishment. “With plenty of public charging options, as well as a charger installed at my office, my LEAF is a perfect car for my commute.”

Washington is leading the charge in terms of supporting electric vehicles with one of the nation’s most robust EV charging networks, and Marsh is a testament to its effort.

Would more than $3,000 a year in savings motivate you to drive a Nissan LEAF or other EV? Let us know in the comments below!