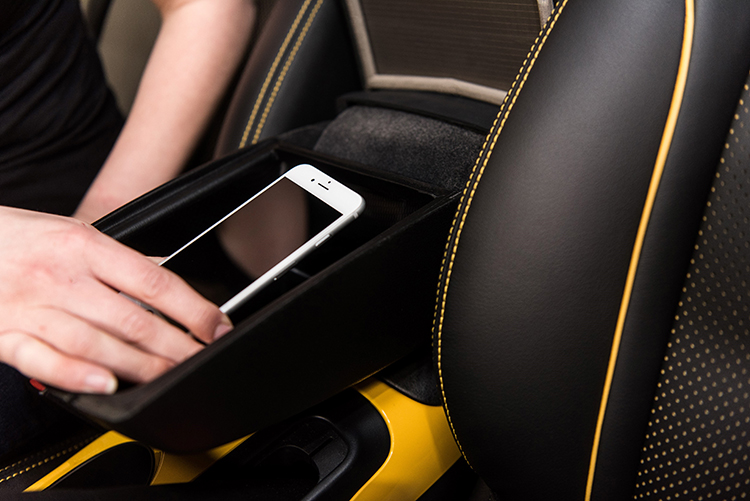 Nissan Great Britain is making use of a 200-year-old application to cure one of drivers’ modern day driving distractions
Photo: Nissan

Nissan Great Britain is making use of a 200-year-old invention to cure one of drivers’ modern day driving distractions—using a cellphone while behind the wheel.

According to Nissan, “the Nissan Signal Shield is a prototype compartment within the armrest of a Nissan Juke that is lined with a Faraday cage, an invention dating back to the 1830s.” The Faraday Cage was invented by Michael Faraday, an English scientist, and was built out of “conductive material” to impede electromagnetic fields.

“When an electronic device like a smartphone is placed inside, any incoming electromagnetic signals—such as cellular or Bluetooth data—are distributed across the cage’s external conducting material and prevented from reaching the device,” stated Nissan.

The silent zone initiated in the box basically creates a force field around the phone preventing any cellular, Wi-Fi, or Bluetooth signals or connections from busting through to distract drivers.

According to Nissan, the Nissan Signal Shield is an attempt to stop the growing number of people who are opting to use their cellphones while driving—a habit that constitutes as distracted driving and is dangerous to everyone on the road.

“Users are becoming habitually more tempted to check text messages and notifications as they appear on their phone’s screen, even if they are driving. Nissan’s own research found almost one in five drivers (18 percent) admitted to having texted behind the wheel,” stated Nissan.

With the Nissan Signal Shield, drivers can still access their podcasts or music on their smartphone, and even when a smartphone is being shielded, it will maintain wired connectivity, according to Nissan. The phone will reconnect to its mobile network the instant the driver lifts the armrest.

You can check out the Nissan Signal Shield in action below: