Paris to Ban All Pre-1997 Cars During the Week 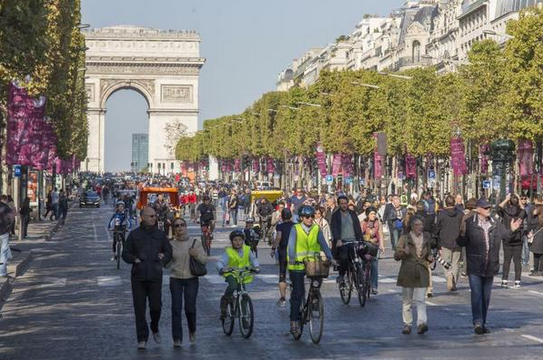 Paris has been fighting its pollution problems by degrees, instituting partial car bans in certain areas on certain days of the week. However, now the City of Love will be taking its most drastic step yet to reduce the smog within its limits.

Starting in July, all cars registered before 1997 and motorcycles registered before 2000 will be forbidden from driving in the city center during the week as part of a larger plan to eventually completely eliminate cars older than 10 years old from the capital’s streets.

Need a New Car? Check out Mazda’s newest vehicle refresh with the CX-9

However, just how much does banning pre-1997 cars help the problem? After all, most cars that old have broken down and been replaced, until only about 10% of Paris’ vehicles are that old. However, due to the advances in emissions technology since then, the city’s pre-’97 cars could potentially be generating up to half of the city’s total emissions (Paris already banned diesel trucks and large vehicles).

Of course, someone has a problem with this: critics argue that such a blanket ban unfairly targets the poor residents of the city, who often own the older vehicles and rely on them for their employment. Historic vehicles are currently included in the ban as well, although an exception has been discussed for them, and they can still be operated on the weekends and in the countryside.

To help accommodate the city’s new pedestrians, Paris recently announced one of the biggest electric scooter sharing programs ever started at one time by introducing around 1,000 Cityscoot electric scooters for the public to use.