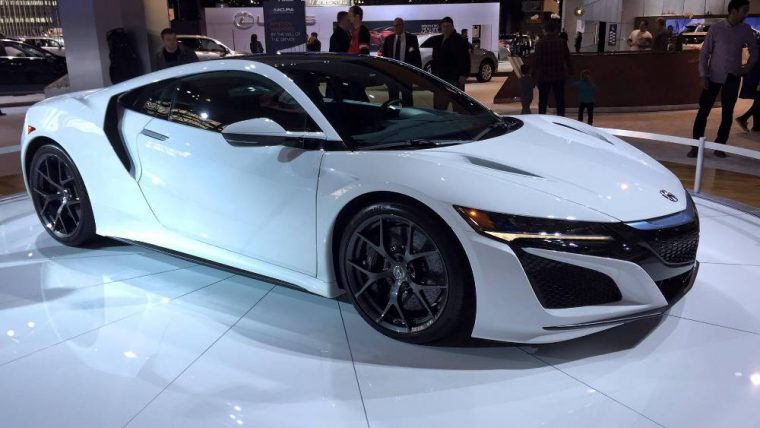 Acura made a big impression this year at the 2016 Chicago Auto Show. Besides showing off its new Precision Concept, it also brought along a 2017 Acura NSX that was white with black accents.

The long anticipated NSX supercar recently starred in a new commercial that aired during Super Bowl 50 and NASCAR team owner Rick Hendrick, who also owns the Hendrick Automotive Group, recently bid $1.2 million for the right to be the first person to purchase the 2017 Acura NSX.

The 2017 Acura NSX will be equipped with a twin-turbocharged DOHC V6 engine and three additional electric motors to provide the vehicle with 573 horsepower and a top speed of 191 mph. Those motors will be matched with a nine-speed dual-cutch transmission. In addition, the 2017 NSX will sport a curb weight of 3,803 pounds.

The NSX’s body features a space frame design that’s made out of aluminum and high-strength steel. The floor of the NSX is made from carbon-fiber.

The first-generation NSX was in production from 1990 to 2005, and Acura has teased its possible return for years.

Consumers can begin to custom order the 2017 Acura NSX on February 25th at authorized NSX dealers.