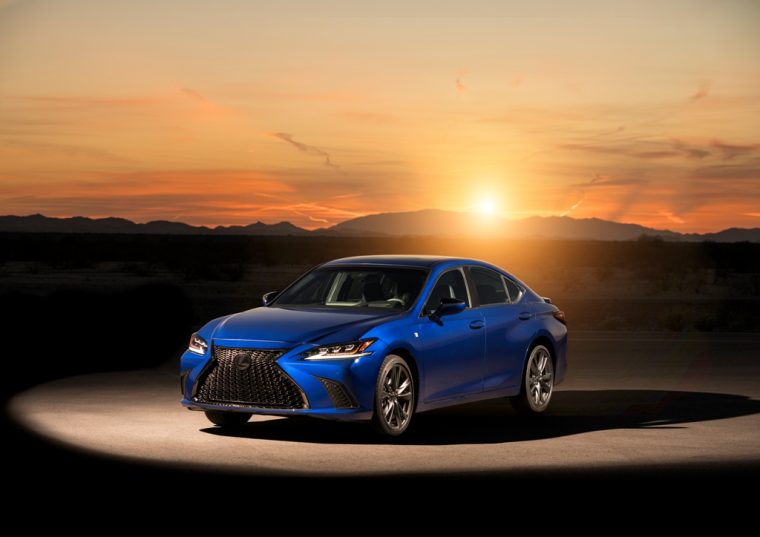 Continuing the revamping of its lineup to enter the brand’s Future Chapter vision, which already includes the LC coupe and LS sedan, Lexus has lifted the veil from the new, seventh-generation ES sedan at the Beijing Auto Show.

The changes for the new generation are extensive. First, the new ES is built on the new Global Architecture-K platform, making it longer, lower, and wider than the previous generation, with wheels pushed further to the corners. The exterior design has been subtly altered as well, adding more chiseled design elements and thinner headlights for a more aggressive look.

Inside, the new ES has received a drastically different interior design, based on the Lexus Future Interior concept, meant to offer both a driver-centric area and a more spacious front passenger space. As a result, the controls are clustered in closer to the driver’s seat, leaving a wide-open space for the passenger.

Under the skin of the new ES, the engineering team changed the ES from just a comfortable, quiet sedan to something offering both comfort and class-leading handling and power. Partly, this was done thanks to the new platform, as well as the addition of a new multi-link rear suspension.

The ES 350’s V6 engine got an update to boost the power to 302 hp and 267 lb-ft of torque, and is paired with a new eight-speed Direct Shift automatic transmission. The new ES hybrid, not to be ignored in the redesign, received an all-new gas engine: a 2.5-liter four-cylinder that is more thermally efficient than many of the other engines in Lexus’ lineup.

Finally, the new ES received a full spread of new technology features to reflect the best that the brand has to offer. The 2019 ES will go on sale starting in September.