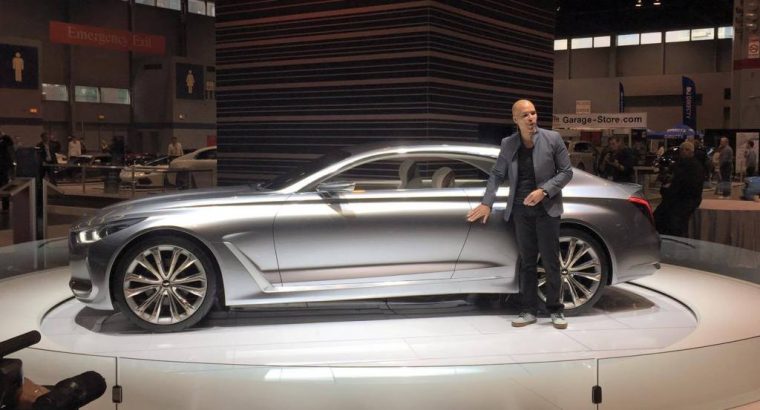 Today, Genesis Motors took the stage in the North Hall of McCormick Place to promote the premium brand’s design vision–as exemplified in the Vision G  Concept. 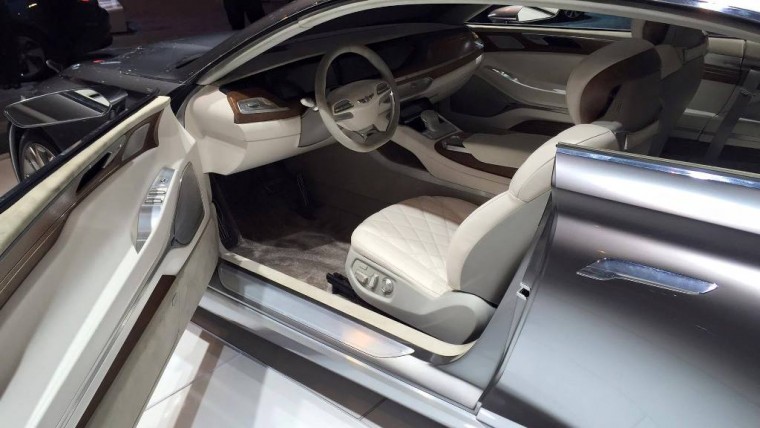 Patterned after the “prestigious” large coupes from the 1930s, the Genesis Vision G Concept model previously debuted to the public at the Los Angeles Art Museum in August. While the previous reveal brought the Genesis brand early attention after its differentiation from Hyundai, the Chicago Auto Show was a great venue to put the Vision G in the public spotlight.

The design of the Vision G Concept is certainly attractive–both inside and out. Concept designer Andre Hudson led the press conference and discussed the finer details of the model, such as the low roofline and stylized Genesis badge shapes hidden in the car’s grille. Its most unique feature, however, is the door handle situated next to (rather than on) the door, closer to the car’s rear. With that simple move, you’ll be able to open the door for your lady without having to step away–allowing you to maintain “intimacy” through closer proximity.

While showcasing last year’s Vision G Concept might not create the same buzz that a brand-new reveal would have, Genesis’ presence at CAS independent of Hyundai is a strong step in its establishment of a separate identity.

Other Genesis stars on display in Chicago include the flagship G90 and the G80 (previously the Hyundai Genesis).

Want to Buy a Hyundai? Check out why their world-famous warranty is so popular 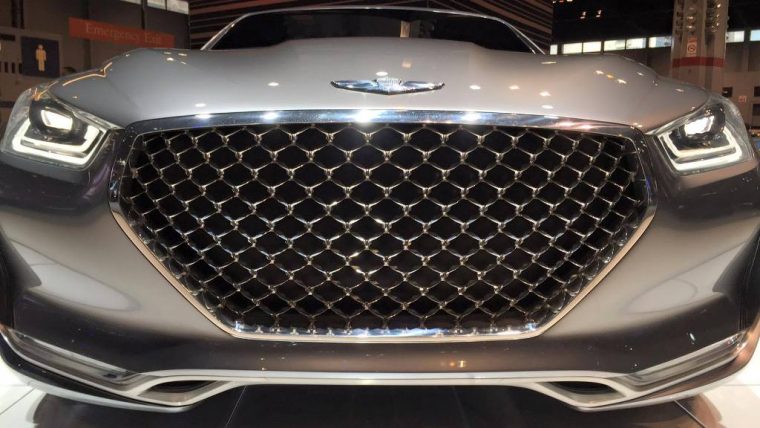