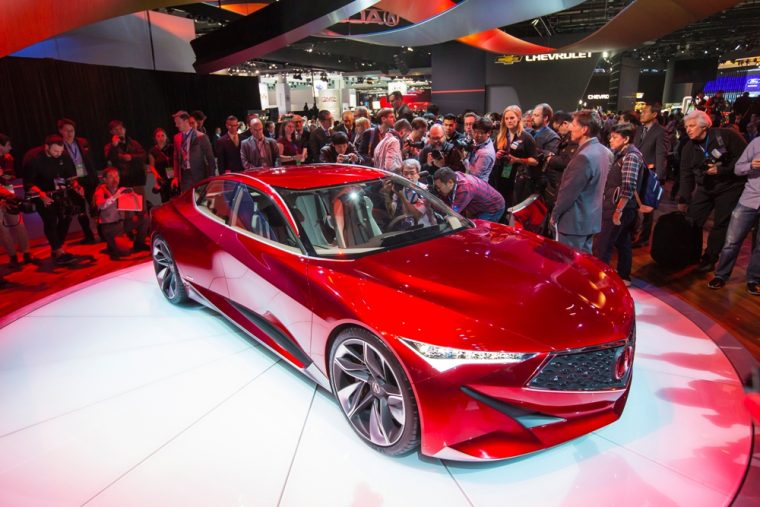 The Acura Precision Concept has been teased for weeks

The good folks at Acura wouldn’t provide any details about which engine would be featured inside its new Precision Concept that was revealed today at the North American International Auto Show, but the brand’s creative director couldn’t speak enough about the vehicle’s design.

“The Acura Precision Concept is more than simply a concept vehicle, it is a design study model that literally will shape the direction of all future Acura products around our Precision Crafted Performance DNA,” said Acura Global Creative Director Dave Marek. “The Acura Precision Concept is the leading edge of a renewed commitment to delivering Precision Crafted Performance in every facet of the product experience and creating a powerful and very exciting direction for the next generation of Acura models.”

Photo Gallery: Is the Acura Precision Concept Hot or Not?

Equipped with a new Diamond Pentagon Grille and Jewel Eye Constellation LED headlights, the Precision Concept marked the debut of Acura’s “Precision Crafted Performance.” This four-door coupe was developed by the Acura Design Studio in California and the vehicle features a 122-inch wheelbase. Furthermore, the new Acura Concept is 52 inches tall, 84 inches wide, and 204 inches long.

The interior for the Acura Precision Concept features Acura’s new infotainment system, which it calls the “human-machine interface (HMI).” The HMI system can reportedly scan the personal features of passengers in an effort to memorize their preferred settings.

If you believe the words of Jon Ikeda, who is Acura’s vice president and general manager, then you can expect to see many of the Precision Concept’s unique features in future Acura models.

“There is no more clear promise for the Acura brand than Precision Crafted Performance,” said Ikeda. “We’re committed to infusing this core Acura promise into every facet of our products and every aspect of our relationship with the customer.”