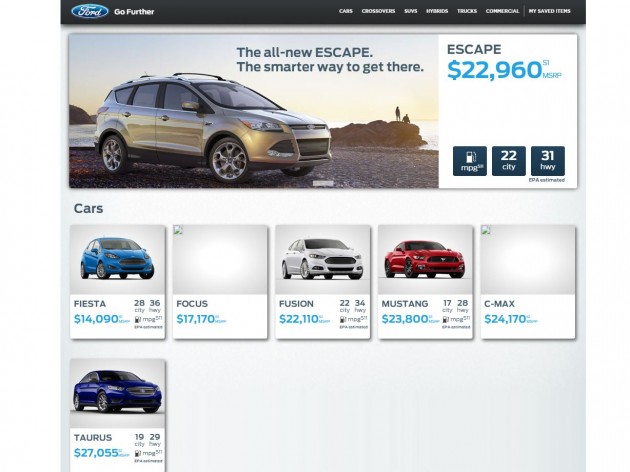 A Ford landing page that appears to be undergoing beta-testing may hold the answer to the burning question of how much the 2016 Ford Focus RS will cost when it arrives, as well as the official price and fuel economy of the Shelby GT350 and Shelby GT350.

Revealed by Jalopnik this morning through a tip from an intrepid Oppositelock reader, the URL wwwqa.t.bp3.ford.com takes visitors to an as-yet-incomplete model lineup page. The bp3.ford.com URL is not unlike what is found on Ford’s configurator sites. 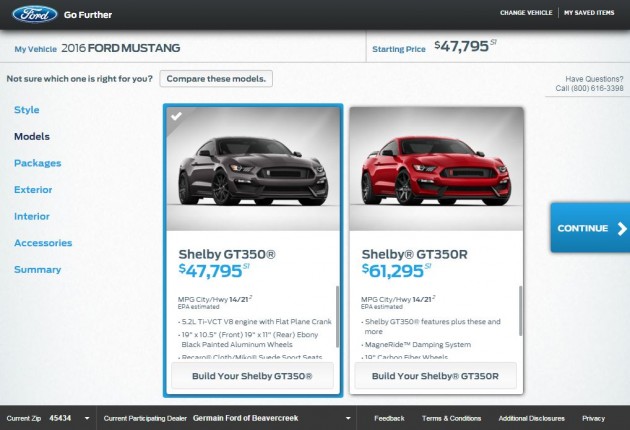 Here, you’ll also see an EPA-estimated fuel economy of 14 mpg city and 21 mpg highway. In configuring, a $3,000 Electronics Package can be added, as well as red-trimmed racing stripes in black, white, or blue for an additional $475. 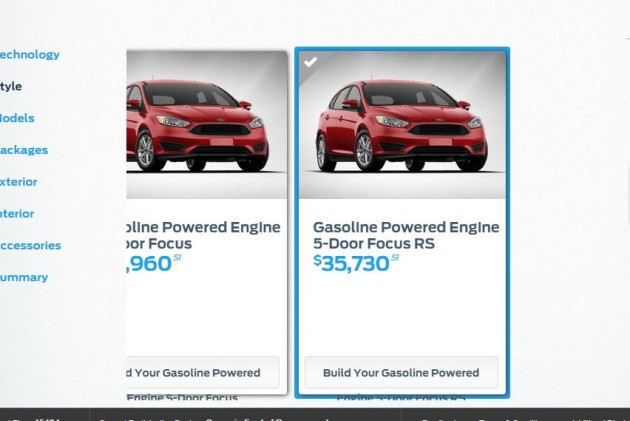 While this is far from an official confirmation of either vehicle’s final price point, it’s as solid an indication as any. Stay tuned.