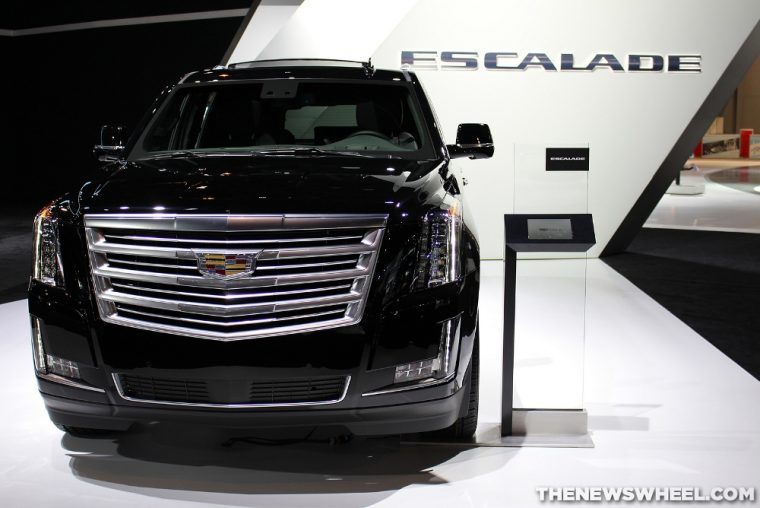 With Escalade sales up 25% in August, Cadillac is reportedly thinking about new ways to capitalize on the success of the full-size SUV and could be launching a new ultra-luxurious Escalade in the near future, which would feature an MSRP of more than $100,000.

The editor of Motor Trend, Jonny Lieberman, tweeted earlier this month that Cadillac was already planning a V-Series version of the Escalade, which, according to rumors, would include the CTS-V’s 6.2-liter LT4 V8 engine, which would increase the Escalade’s 460 horsepower to the 600 range.

This rumored move of the Escalade to the six figure SUV market would put Cadillac in direct competition with Rolls-Royce, Bentley, and Maserati.

“The argument for doing it with Escalade is strong and momentum is moving it higher. It’s completely logical that’s where you go with it,” Cadillac spokesman Dave Caldwell told Automotive News (subscription required).

Motor Trend also has reported the new $100,000 Escalade has yet to be officially approved by Cadillac, but the supposed move could help the luxury brand secure profits that are currently being collected by aftermarket businesses such as Lexani.

The Escalade ESV Premium 4WD is presently the most costly Escalade SUV on the market, with a starting MSRP of $95,945.