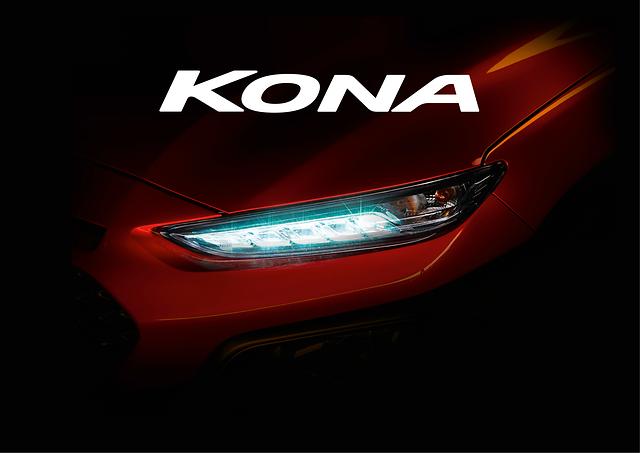 Now that the automotive industry has realized that crossovers have become the next big thing among consumers, companies are scrambling to develop and launch new compact SUVs to fill their lineups.

Hyundai Motors has faced this reality as it’s openly struggled with how to overcome its production ceiling and turn its sedan-saturated lineup into one that appeals to today’s–and, hopefully, tomorrow’s–customers. While it’s tested the waters with ideas like the Santa Cruz concept ute and redesigning its current Santa Fe and Tucson CUVs, Hyundai’s biggest lineup changes have only really been the launch of the Ioniq electric car and the Genesis luxury brand.

Finally, we have word that Hyundai is creating a new crossover to add to its lineup: the KONA. While not much is known about this vehicle yet, it will be the brand’s first subcompact crossover.

What Details Do We Have on the Hyundai KONA?

Aimed specifically for launch in the European market, the all-new Hyundai KONA is a B-segment SUV that will sit alongside the other crossovers in the Korean automaker’s lineup. Taking its name from a district in Hawaii–as Hyundai tends to borrow names from destinations–the KONA is intended to be a progressive entry in the brand’s lineup.

According to the automaker, “The Hawaiian destination is valued by North Pacific adventurers as a base for many thrill-seeking activities, including surfing, water skiing and scuba diving, among other extreme sports. The island’s energetic image is reflected in the innovative, practical and highly functional design of Hyundai’s new lifestyle-focused SUV.”

While the only glimpse of the KONA we’ve received so far is a peek at the headlights, we can anticipate its slim facade and condensed layout to fall in line with competitors like the Honda HR-V and Toyota C-HR. Hopefully Hyundai’s stab at the segment, though, will yield a little more uniqueness than its cookie-cutter competition.