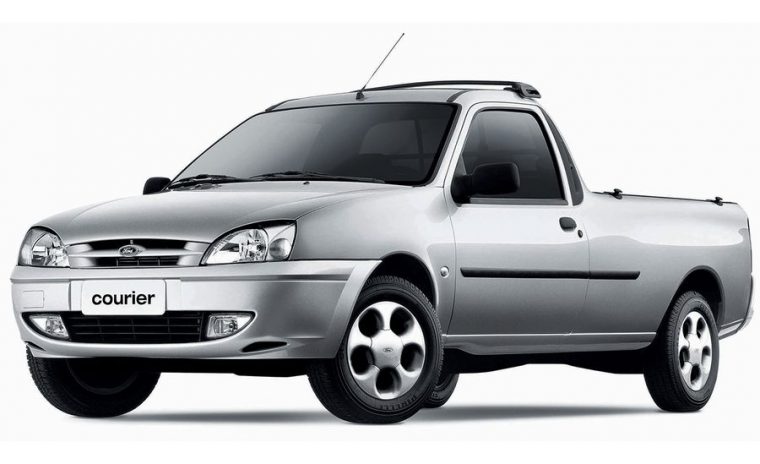 Just a few short months ago, it was reported that Ford is looking to relaunch its Courier small unibody pickup truck by 2022, likely in an effort to further its stranglehold on the pickup truck market. On Thursday, Ford Authority posted spy shots showing what appears to be an early production prototype of the Ford Courier testing in Detroit.

The photos depict a strangely boxy vehicle that appears like it could be a Transit van or an SUV of some type. But as Ford Authority’ founder Alex Luft notes, the shape of the vehicle depicted in the photos is likely owed to some very clever efforts to mask its true form.

“At first glance, the heavily-camouflaged prototype appears to be a minivan, complete with a van body style, high roof configuration, and barn doors,” says Luft. “Designers even a [sic] added elements to the mule’s camouflage that make it appear like it has a sliding rear door, complete with a sliding track extending into rear third of the vehicle, on the passenger side of the vehicle. All those elements suggest that we’re looking at a minivan, and not a truck… but all those elements are actually fake, installed to trick the untrained eye.”

A day prior to obtaining the photos, Luft wrote that sources familiar with Ford’s plans had divulged that the Courier is well into its development process, and that Courier is indeed the frontrunner for the final product’s name. It’s anticipated that the Courier leverages the new Ford Focus platform, and that it would as a result feature transversely mounted turbocharged four-cylinder engine options.

Of course, even with a presumptive 2020-2022 launch window now being all that far away, it’s quite early to consider anything set in stone. Ford’s decision to launch the Courier could very well ride on the success of the Ranger, which will be reintroduced to the market early in 2019.