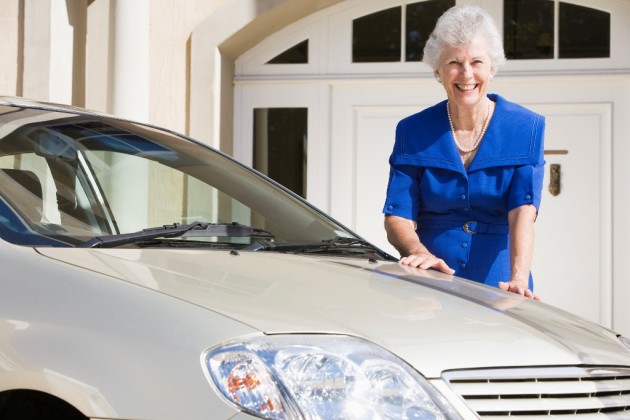 The population of American senior citizens continues to rise as the Baby Boomer generation crosses the 65-or-older threshold. On top of that, seniors are–on average–healthier and wealthier than ever recorded previously.

How is this influx affecting businesses and industries? That’s what a new study published by Bloomberg wanted to find out. The evaluation gathered US Census and US Department of Transportation data and examined the aging population’s impact on the automobile industry.

The number of licensed US drivers over the age of 65 has leapt 29% in ten years (from 2003 to 2013)–meaning 8.2 million more seniors are on the roads. 3.5 million of those US drivers are over 84 years old, a decade increase over 43%. How is it possible that so many elderly drivers continue to drive as they pass retirement ages?

Today’s automobiles are chock full of safety and technology features which assist drivers by enhancing visibility, reaction time, and steering. Soon, cars will be able to park and even drive themselves. Technology has begun catering more and more to those who have spent much of their lives travelling in automobiles but are approaching the later years of their lives.

At the same time, younger citizens are less interested and less financially capable of owning a car, so the number of licensed millennial drivers is slowly declining.

This growing trend is something car manufacturers should be–and some have begun–anticipating. According to the IHS:

Ultimately, senior citizens are becoming bigger players in the automotive industry’s consumer base and technology/new models being developed need to consider that. Not all shoppers these days are “young, active urban dwellers”–not the ones with money to spare on new cars, at least.