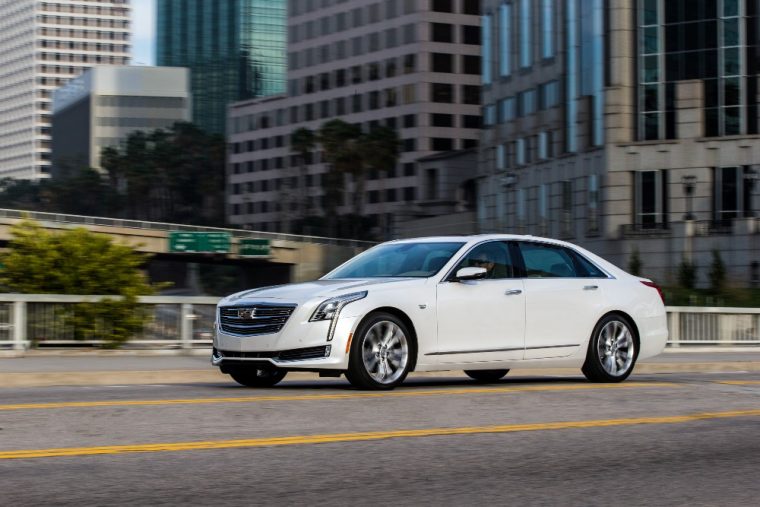 The 2016 Cadillac CT6 offers up to seven cameras for added protection and luxury
Photo: © General Motors

All together, the 2016 Cadillac CT6 comes equipped with seven cameras, which have been strategically placed on the side-mounted rearview mirrors, trunk lid, and front grille. Four of those small cameras are used for the surround-view video recording system. This new innovation from Cadillac provides a 360-degree view of what’s happening outside of the sedan, which can been seen on the CUE screen.

Best Buys: Check out these current corporate incentives for buying a new Cadillac

There are two modes in which these cameras can be utilized. The first is by using the front and rear mounted cameras while the vehicle is in operation. The second way to exploit this technology is by using all four cameras in a round-robin manner once the vehicle’s security system has been activated. The latter option will only activate and record video if the Cadillac CT6 has been tampered with.

In a recent press release, Cadillac said it expects consumers to use these cameras to record memorable drives or incidents. Furthermore, the footage will be saved on a SD card located in the trunk of the vehicle. Owners will then have the option of saving desired images on the SD card, or they can save those files to their personal computer equipment.

In case you’re wondering what the other three cameras are used for–since the surround-view system only utilizes four of them–the answer is they are used for the Lane Keep Assist system, Night Vision system, and for the award-winning Rear Camera Mirror.

Also, while the Surround Vision camera system isn’t available on the base model Cadillac CT6, it is a standard feature on the higher-level Luxury, Premium Luxury, and Platinum trims.

Fuel For Thought: Find out why Cadillac wants to be the brand of choice for Millennials 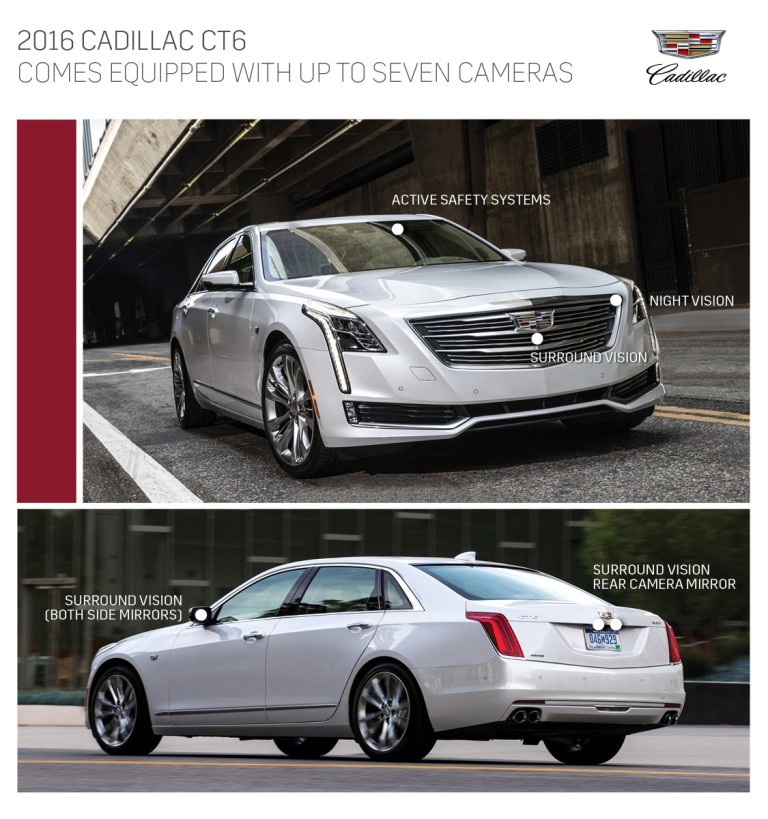 Did you know the Surround Vision camera system can record what’s happening outside of the CT6 if it’s bothered by potential thieves?
Photo: © General Motors