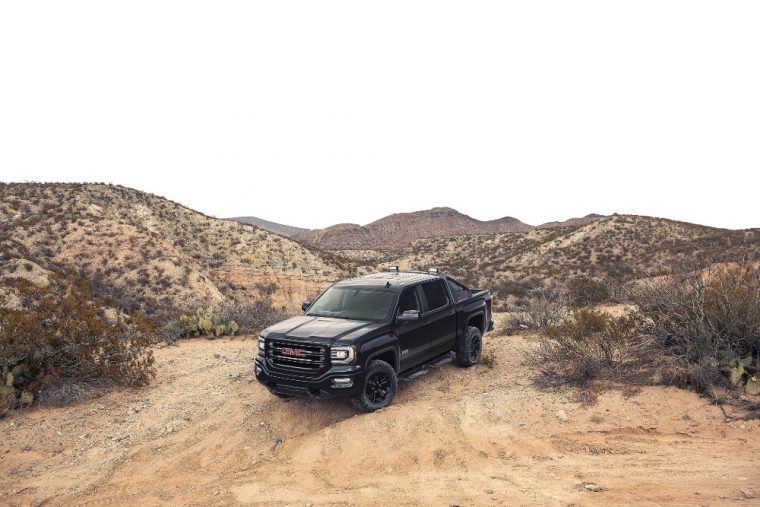 Despite returning better efficiency, the Sierra 1500 All Terrain X did trail the F-150 in acceleration
Photo: © General Motors

When GMC announced earlier this year that a new Sierra 1500 All Terrain X model would become available, it made truck enthusiasts all over the US begin to drool.

Flash forward approximately six months and the good folks at Car And Driver have finally test driven this special edition truck. Moreover, the well-known automotive publication had plenty of nice things to say about the vehicle.

Speaking Of The Sierra 1500: Check out this overview of the truck’s specs and features

First off, the All Terrain X differentiates itself from the regular All Terrain package due to the inclusion of a performance exhaust system, Goodyear Wrangler DuraTrac tires, 18-inch black aluminum wheels, and an LED lighting system. Furthermore, this truck also features a Z71 off-road suspension package with Rancho monotube shocks and bed-mounted sport bar, among other special features. 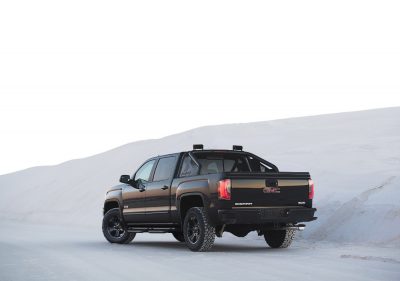 Underneath its hood, the Sierra 1500 All Terrain X packs a 365-horsepower V8 engine that works with an eight-speed automatic transmission. In tests performed by Car And Driver, the Sierra 1500 All Terrain X was able to accelerate from 0 to 60 mph in 6.6 seconds and returned an average of 19 mpg combined during their 1,000-mile drive. That fuel economy figure bested the Ford F-150 by 3 mpg, but its acceleration capabilities trailed the popular F-150 pickup. This could be explained by the extensive use of lightweight aluminum in the design of the F-150’s cab and bed.

Inside the cabin, the Sierra 1500 All Terrain X comes loaded with a Bose audio system, heated leather seats, and center console with wireless charging. The truck tested by Car And Driver even included the optional power sunroof and Intellilink infotainment system with navigation. In fact, the publication was so impressed with the truck’s spacious and well-appointed cabin, that according to its review, one of the only things the truck was missing was high-level cooling vents to aid passengers sitting in the rear seats.

That’s not to say Car And Driver enjoyed everything about Sierra 1500 All Terrain X, as the maneuverability and off-road abilities of this vehicle were points of concern.

“Casual shoppers, though, must be cautioned. This is a huge truck, and its 12-foot wheelbase and 47-foot turning circle mean it takes planning and practice to enter a standard parking spot,” explained Car And Driver Testing Director Don Sherman. “This Sierra should confidently handle trails and year-round slippery conditions, but those serious about taking the fight to Mother Nature will need a lift kit, taller tires, and additional underbody protection.”